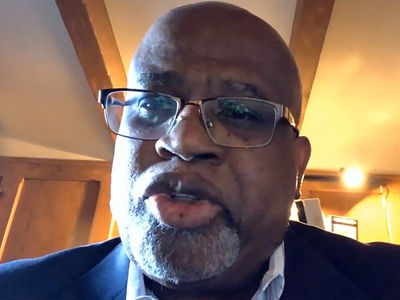 There's no reason Kareem Hunt shouldn't be arrested and charged with battery for attacking that woman back in February ... so says famed prosecutor Christopher Darden. "I would have filed battery charges against him," Darden tells TMZ Sports... saying the video evidence would essentially make it an "open-and-shut case."


Darden is most famous for his work in the O.J. Simpson trial, but also prosecuted tons of cases during his 15-year run as a part of the L.A. County District Attorney's office. In fact, Darden tells us exactly what he would do to get the conviction -- even if the victim refuses to cooperate. Darden also says prosecutors in Ohio still have time to make things right and arrest Hunt -- telling TMZ Sports he thinks the NFL star would benefit from a court-ordered sentence like a diversion program, therapy or anger management. Worth noting ... the victim has 18months from the day of the incident(Feb. 10, 2018) to go to prosecutors and seek criminal charges before the statute of limitations expires. So, Hunt isn't necessarily off the hook yet.

#BBNaija S6: I made my first million as a teen – Arin

Big Brother Naija Shine Ya Eye housemate, Arin, has revealed that she made her first million as a teenager.In her conversation with Boma, monitored by our correspondent, Arin…