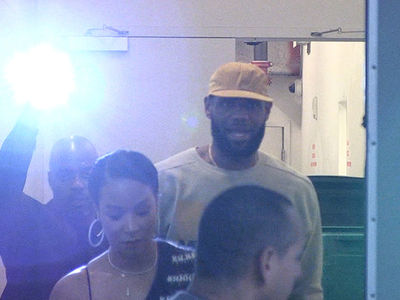 LeBron James was in a great mood after his Beverly Hills date night with his wife, Savannah, on Wednesday -- singing a Kendrick Lamar song on his way out of the restaurant. The NBA superstar hit up Avra -- one of his favorite spots in town -- where the two dined on Greek food and then exited out the back to their waiting 2018 Mercedes-Benz May bach S650... a car with a base price of$240k. LeBron wasn't in the mood to talk about his Lakers -- or the upcoming Deontay Wilder fight --but serenaded everyone to Kendrick's "Alright."And, if you're wondering about Bron's "Me Over We" sweatshirt -- it ain't cheap either ... it's made by Cactus Plant Flea Market and we've seen it being sold for up to $500 online. James and the Lakers didn't have a game last night -- but they do play on Thursday ... taking on the Indiana Pacers at Staples Center. As for Bron's love of Avra -- he's taken Savannah to the spot on a previous date night and famously had his "Welcome to Hollywood" dinner there with Leonardo DiCaprio and Al Pacino right after he signed his Lakers contract. 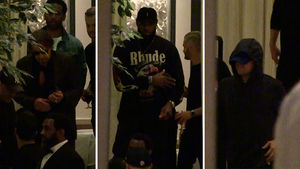