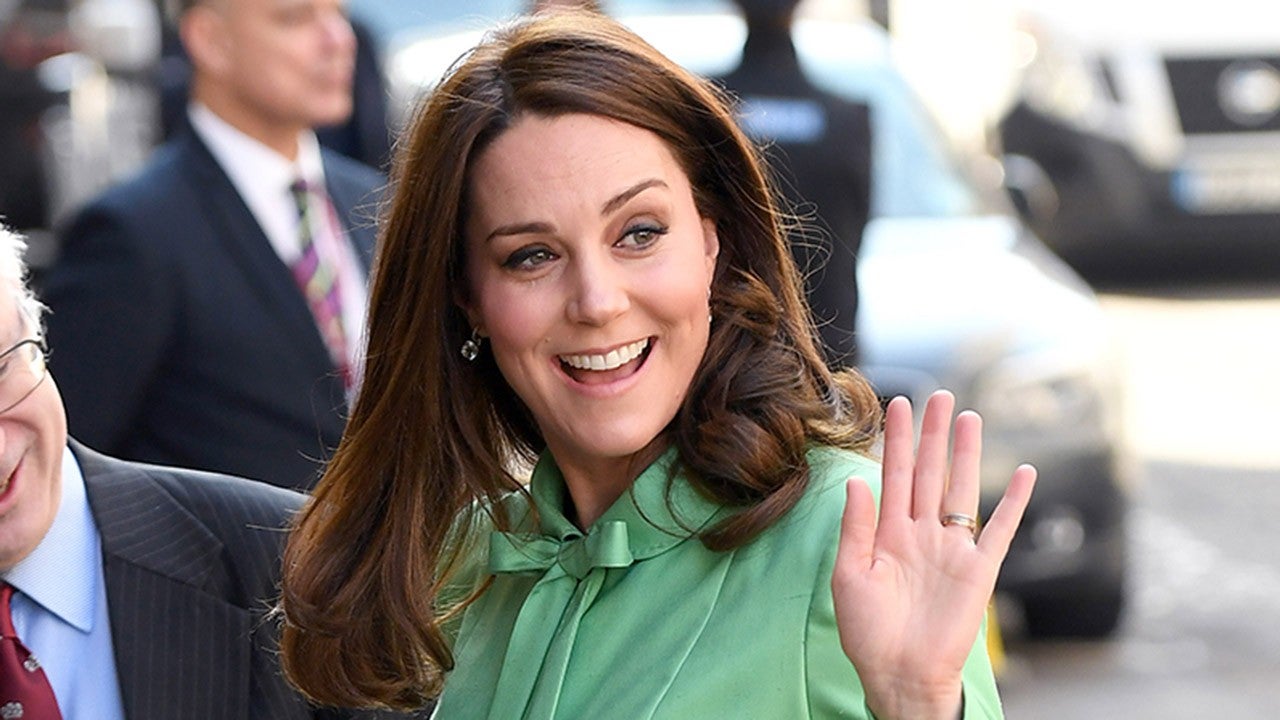 Kate Middleton made her first solo royal appearance on Tuesday, after stepping back from the limelight over the past few months following the birth of her and Prince William's third child, Prince Louis, in April. The 36-year-old Duchess of Cambridge visited the Sayers Croft Forest School and Wildlife Garden at the Paddington Recreation Ground in Ewhurst, England, just southwest of London. For her first solo appearance in months, Kate went very casual, rocking a forest green jacket, with a matching sweater underneath. She paired the look with brown trousers and knee-high boots. Instead of her signature ponytail, the Duchess opted to wear her brunette locks down with a slight wave to them. The mother of three was all smiles as she greeted school children at the event, who were anxiously lined up to see her. Kate was even surprised by two eager girls who gave her big hugs after she spoke with them. She then went on a forest walk to learn more about the facilities.

The Sayers Croft Forest School has had more than 5,500 visits from students in London for the past year, teaching the inner city children about engaging with the natural world. The Duchess’ visit is to learn about how the school helps to improve kids' emotional and physical well being. Though she has made several appearances since giving birth, including attending Louis’ christening, the royal wedding of Prince Harry and Meghan Markle, theTrooping the Colour andWimbledon, Middleton has not made any officialroyal visits until this one.
Instead, the new Duke and Duchess of Sussex have been stepping up, attending numerous events. Markle even collaborated with the Hubb Community Kitchenon arecent cookbook and hosted her first solo eventfor the book’s launch at Kensington Palace last month. The newlyweds are also preparing to embark on theirfirst joint royal tourof Australia, New Zealand, Fiji, and Tonga in a few weeks.