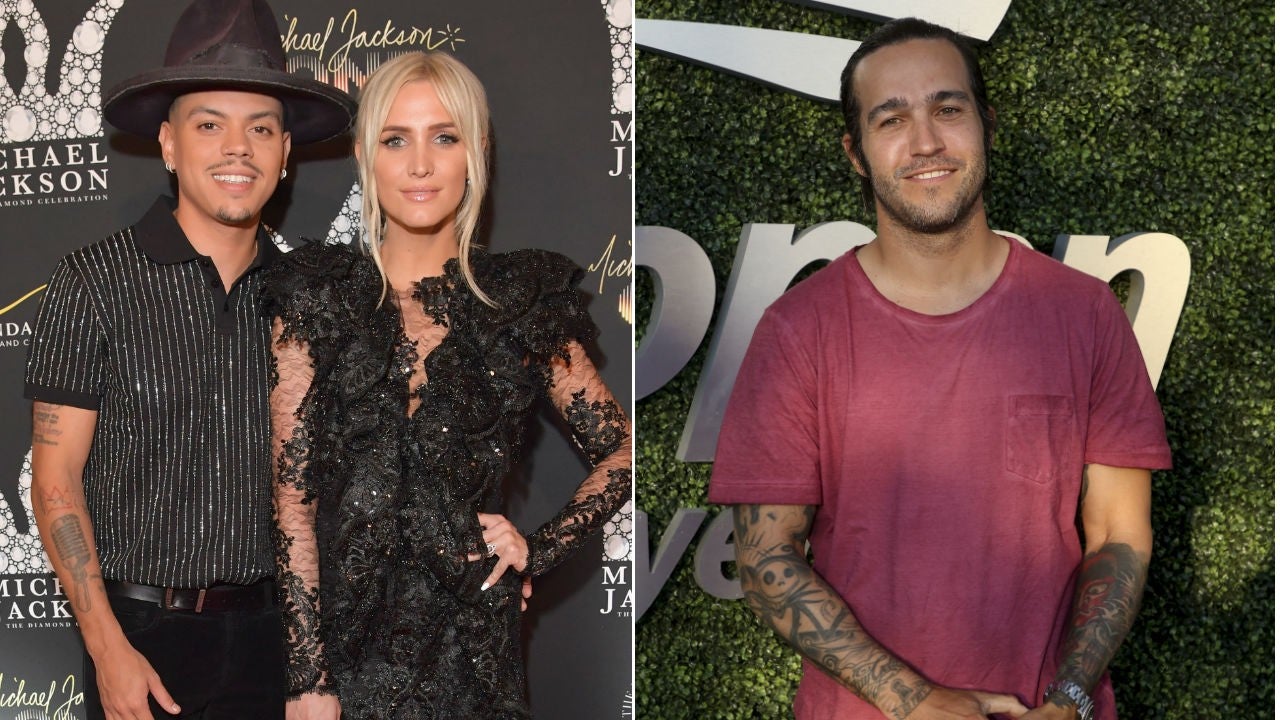 Evan Ross and Ashlee Simpson love their modern family! The couple is preparing for the release of their new reality series ASHLEE + EVAN, and appeared on Tuesday night’s Watch What Happens Live with Andy Cohen to talk about their family and life together. When a caller asked about Ross’ relationship with Simpson’s ex-husband, Pete Wentz, the singer and son of Diana Ross was very positive. "Very good. He’s such an amazing father,” he said of Wentz, who is the father of Simpson’s 9-year-old son, Bronx. "I grew up in a family where I had a lot of different siblings from, you know. I grew up in a big family and I think it’s a beautiful thing.” He added that he has a special bond with Wentz while still being respectful of his role. "I think that for me, my relationship with Pete has been amazing. He’s an amazing father,” he said of the Fall Out Boy performer. "He knows that I love his son very much, but it’s his son.”

Simpson gushed about her husband, declaring,"I’m like, thank you god. God looked at me one day and shined.”

The couple have been married since 2014 and share 3-year-old daughter, Jagger. As they prepare to put their lives on camera, both claim they’re not concerned about the affect it will have on their marriage. "For us, it’s like, your relationship is what your relationship is,” Simpson said. "So a show or whatever it may be will not be the one to…”

Ross chimed in, "I don’t think it’s possible to ruin a relationship because of anything you do. I think it’s about whether or not you’re supposed to be together.”

The couple spoke with ET’s Keltie Knight in June about the possibility of expanding their family. “Definitely more kids in the future,” Simpson told ET. “Well, a kid, another kid.”

“I want five more, she said one more,” Ross noted.