Twinning Up! Adorable Photos Of Grandmothers Who Are Twins Melt Hearts

Home/entertainment
06, Jul 2018 1 Comments 77572 Views
Some grandmothers have in new adorable photos proven that one is never too old to twin-up asw photos where they swagged up in denim melt hearts on social media. 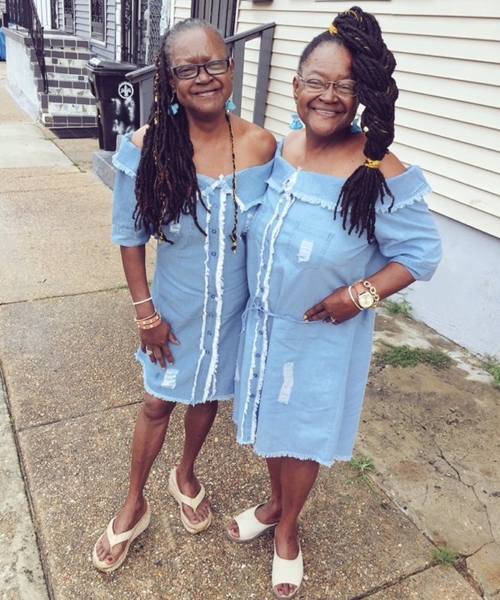 A Twitter user identified as Bari Bash (@Say_kash), has taken to the social networking platform to share the photos of his grandmother and her twin sister, who are still twinning in style despite their old age.

The stylish twins were captured on camera in matching denim dresses, hairstyles, and they look so adorable, as both of them also wore glasses.

Bari who shared the photos of his grandmother and her twins online wrote;" My grandma and her twin ❤️ My Hearts."The identity of the twins or where the photos were taken, were not ascertained by TORI News as at the time of filing this report.