U.S citizen arrested in Zimbabwe for `insulting` Mugabe on Twitter 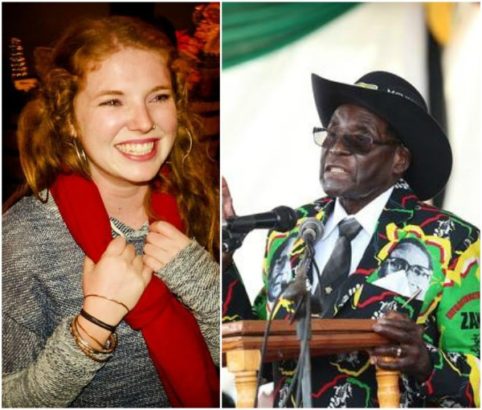 Martha O‘Donovan who works for Magamba TV, was arrested on Friday with her laptop seized for reportedly calling President Robert Mugabe a “Goblin” on Twitter, the first arrest since the creation of a Ministry of Cyber Security last month, her lawyers said.

Zimbabwean Human Rights Lawyers who defended Martha,said she was arrested for allegedly “undermining authority of or insulting the President”, after tweeting about a “Goblin” whose wife and step-sons had imported a Rolls Royce, an apparent reference to 93-year-old Mugabe even though he was not named.


When contacted, Police spokeswoman Charity Charamba said she had no immediate information about the case,as it was also gathered that Martha’s Twitter account was reportedly locked on Friday following her arrest by policemen who stormed her residence with a search warrant.

A quick check on her locked Twitter account, shows photograph on her home page referred to #ShutdownZimbabwe2016, a series of protests in 2016 that rattled Mugabe’s government and elicited a fierce crackdown on the streets and online.

Though the U.S Embassy is aware of Martha’s arrest, however Reuters reported that her Lawyer said if she’s convicted, she faces a maximum of one year in jail.