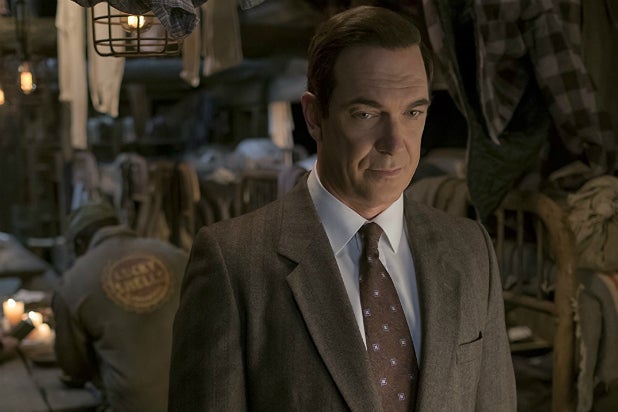 Ahead of the Season 2 release Thursday night, we had a coupleof questions for the man working with arguably the best and most informative dialogue on TV. Like, has all of this SAT prep-esque narration helped Warburton’s own vocabulary as much as it has expanded ours?

“Lemony, he’s a writer and has avocabulary, but he also has a way of putting things and speaking that are … about an unusual placement of the ideas,”Warburton told TheWrap. “It’s not the way I would talk. So, sometimes it could get to be a bit of a challenge learning some of those monologues and attaching the ideas and the thoughts in the way that Lemony does, as opposed to the way I would.”

Obviously, the show’s script supervisors help with the nuance. That was a real service while shooting next year’s Season 3, Warburton said, recalling a time he got especially tripped up rattling off tough opera titles and confusing composer names.

There’s another trick Warburton could use — and it was even offered at one point — but relying on cue cards for anything outside of a news broadcast would be “an absolute no-no,” the “Seinfeld” alum told us.“In the industry, I don’t know what type of street cred I have as an actor,” he said, “but I will tell you from my early days in theater and just work shopping things, that would be sacrilege to me.”

“A Series of Unfortunate Events”returns to Netflix for Season 2 at midnight Thursday. The streaming series is scheduled to end after a third season, which is set for 2019.