Home/News
23, Mar 2018 2 Comments 64657 Views
The United Kingdom High Commissioner to Nigeria, has opened up whether his country and other Western nation will support or be against Buhari's second term bid. 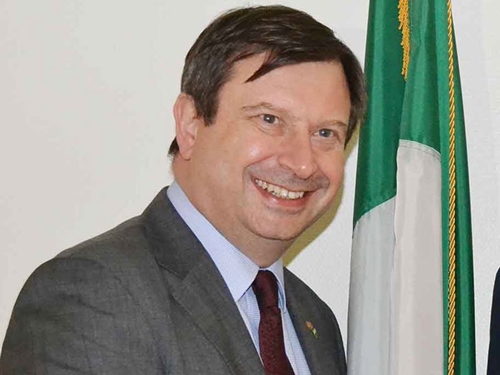 While speaking in an exclusive interview with PREMIUM Times, the United Kingdom High Commissioner to Nigeria, Paul Arkwright, disclosed that his country, or any other Western nation as far as he could tell, is not against a second term run by President Muhammadu Buhari.

Paul who on Thursday afternoon, was reacting to speculation that the UK and other Western countries are not in favour of Buhari remaining in office beyond 2019, said: “I am very happy to put that rumour to bed. The United Kingdom supports a process whereby the people of Nigeria can exercise their democratic right to vote.”

Though President Buhari has not openly disclosed his re-election plans, but has repeatedly indicated he might seek a second term, Arkwright made it clear that the UK would not favour him over his opponents and vice versa.

The high commissioner who disclosed that he did not say whether he knew Buhari would run or not, said;“All of Nigeria should feel that they have a part to play in the democratic process. I encourage people to go out and get their PVCs.

“Who they vote for is a matter for their conscience and not for the United Kingdom government. Whichever candidate is standing, they need to make up their minds and decide who would best suit them.

“And that’s an individual choice. We favour a free, fair, credible and peaceful process and we’re working with INEC to make that happen,” Arkright said.