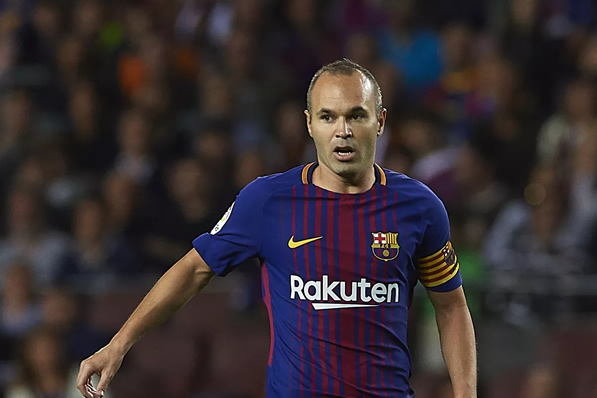 Barcelona will make a late decision on whether captain Andres Iniesta is fit to face Chelsea in the Champions League on Wednesday, coach Ernesto Valverde has confirmed.

Iniesta sustained a hamstring injury against Atletico Madrid on March 4 but the midfielder took part in a light training session on Monday ahead of the last-16 second leg at the Camp Nou. The first leg finished 1-1.

“It’s clear when a match like this arrives, a player tends to risk,” Valverde said on Tuesday.

“What we have to decide is whether the risk is excessive.

”Iniesta could be replaced by Paulinho in the starting line-up but the Spaniard’s absence would represent a major blow to his team’s hopes of reaching the quarter-finals.

“We know what Andres brings to the team, not only on the pitch but as a captain,” Barcelona midfielder Sergio Busquets said.

“You give him the ball and he always knows what he has to do to create chances. Everything that he contributes is positive. He is training and we hope he plays.

”Lionel Messi, however, is available again, after the Argentinian missed Saturday’s win at Malaga to attend the birth of his son, Ciro.

“He will be fine,” Busquetssaid. “In fact he will be more motivated than what we are used to and physically he is going to be great, after having an extra game’s rest. I hope that this is perfect.

”Busquets was also asked whether he thought Messi, who scored his team’s crucial away goalat Stamford Bridge, would ever leave Barcelona and move to the Premier League.

“He is at home here,” Busquets said. “He has a great changing room, he is winning titles, has a great project, is winning collective and individual awards.

“In the end all these positive things are difficult to find elsewhere, so the Premier League is a league that maybe you would like to play in but if you have to balance the positive and the negative out of here, it is very difficult to leave.”