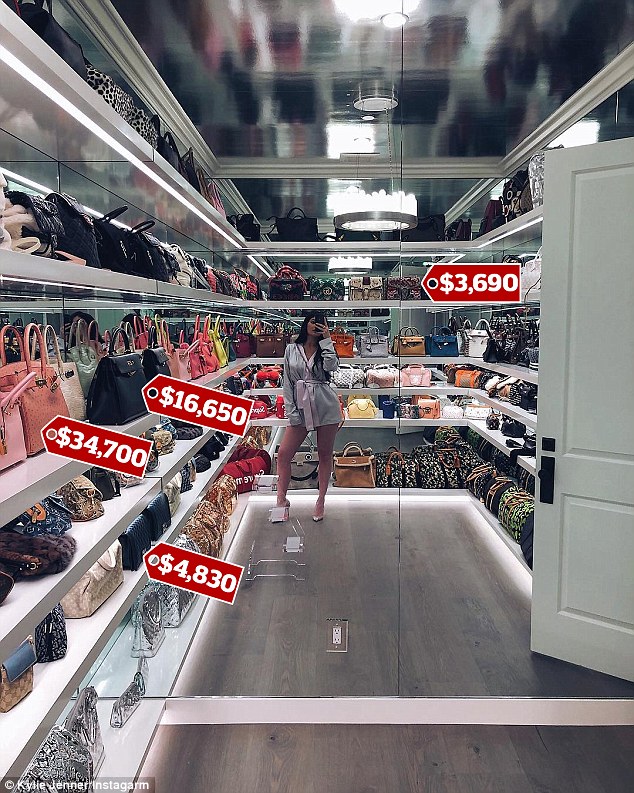 But that hasn't stopped Kylie Jenner from showcasing her flair for fashion, teasing her fans with arare snapshot of her wardrobe over the weekend as she pondered her many handbag 'options'.

The 20-year-old reality star was seen posing inside her giant closet,filled from floor to ceiling with designer handbags, estimated to be worth a whopping $1million (£720,000). 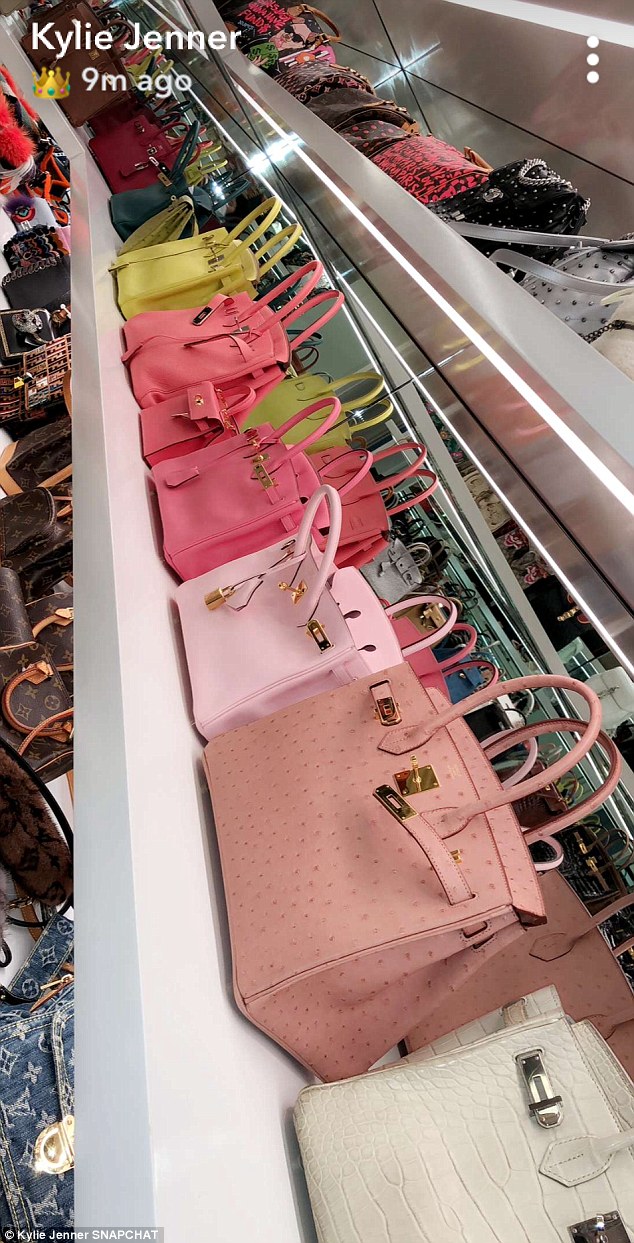 Kylie is seen posing in a silk nightgown and heels, snapping a sultry mirror selfie as she flaunts her extensive arm candy collection.

Among the high-end items are countless Chanel, Dior, Gucci and Balenciaga accessories. 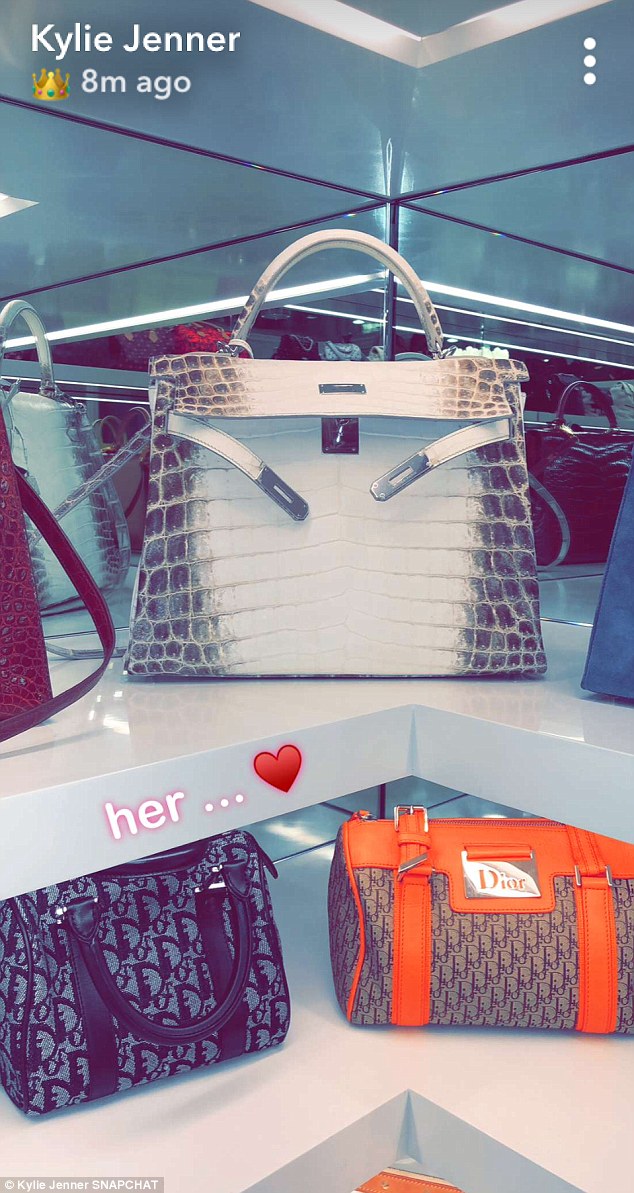 Since appearing on E! television show Keeping Up With The Kardashians aged nine, Kylie has gained over 95million Instagram followers and is one of the top 10 most followed people on the app.

Kylie Jenner's net worth is now at around $50 million (£38 million), according to the Forbes Celebrity 100 Earnings.She ranks number 59 on the list, meaning she earns more than the likes of Jennifer Lopez, Novak Djokovic and Ed Sheeran but less than her half-sister Kim Kardashian-West.