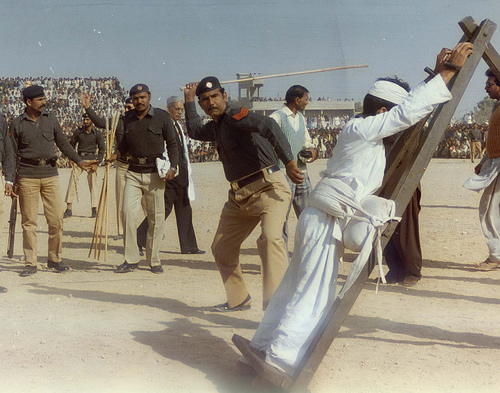 A Kubwa Grade I Area Court, Abuja on Friday ordered that one Mohammed Nura be given five strokes of the cane, for giving false information to the police.

The judge, Mohammed Marafa, gave the order after the convict pleaded guilty and begged the court to show him mercy.

Marafa warned that the court would not be lenient with Nura the next time he was brought before it.

The prosecutor, Babajide Olanipekun had told the court that Nura deceived the police at Kubwa Police Station on February 26.
He said Nura falsely accused one Musa Frank of NEPA Local, Kubwa, Abuja of stealing a Bajaj motorcycle, an offence that contravened Section 140 of the Penal Code.

Nura had admitted guilt, saying it was a mistake.