Unbelievable: This White Man Has Spent 10 Years Tattooing His Whole Body Black, Including His Eyes (Photos)

Home/Others
26, Feb 2018 2883 Comments 222015 Views
A white man has been found out to have spent as many as ten whole years just tattooing his entire body black. 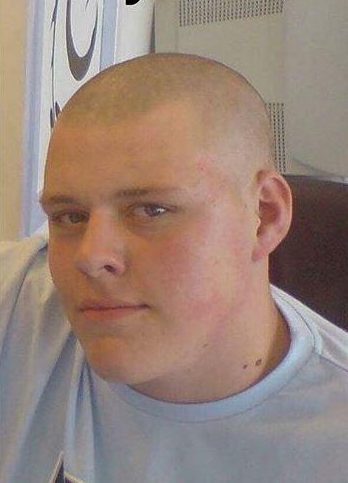 A man has gone to ink-redible lengths to cover his entire body in black tattoos, including his eyeballs and the inside of his lips.

Eli Ink, a 27-year-old tattoo artist from Brighton, has undergone a 10-year transformation to turn himself into a walking exhibition of his tats. Mr Ink uses several coats of black colouring to permanently blacken his skin.

He also implanted huge stretchers in his nose and under his bottom lip as part of his body-modification process. 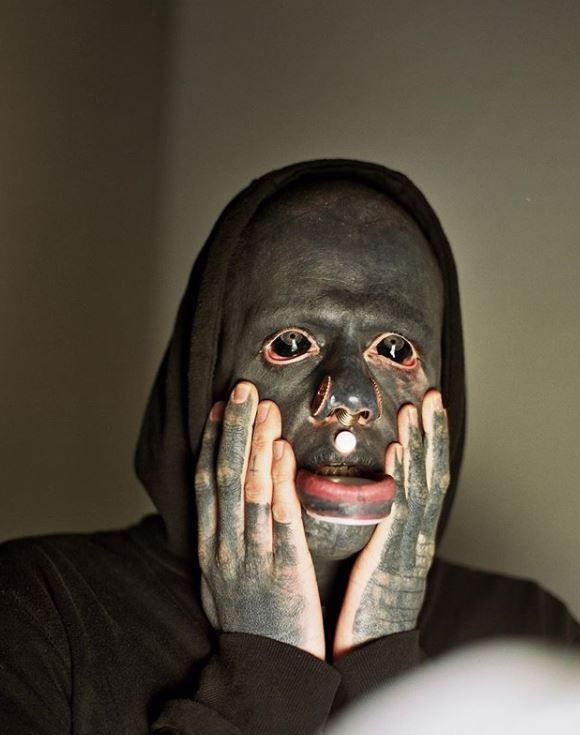 The artist even went as far as dying his eyes to complete the striking look.

"In my opinion, the only person who will only ever understand my transition properly is me. I don’t attempt to describe it to anyone," he told the Mail Online.

He said: "I’ve always been blown away by art itself. Picasso is a huge childhood inspiration to me, especially abstract art, but I do like all forms of art. Body art was just the next local step for me growing up.

"I wanted to look like an abstract character in one of Picasso’s paintings. I love the abstract look, no thought , just pure expression." 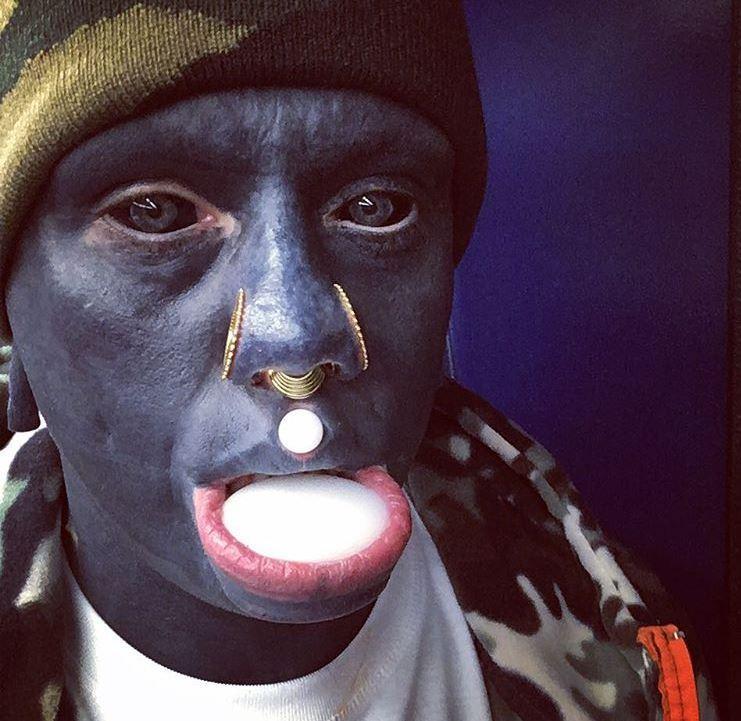 Tattooing the whites of eyeballs involves delicately injecting ink in-betweek two layers of the Scleral of the eye and letting it spread out.Mr Ink admitted there can be horrifying consequences if the procedure goes wrong.He added: "That’s the risk you take letting anyone near your eyes, even trained surgeons can make mistake. Body modification is a risk taker's lifestyle.

"Despite his extreme appearance, he claims his love life has not been affected by the tats. He says his girlfriend Holly, another body-mod enthusiast, is madly in love with him. 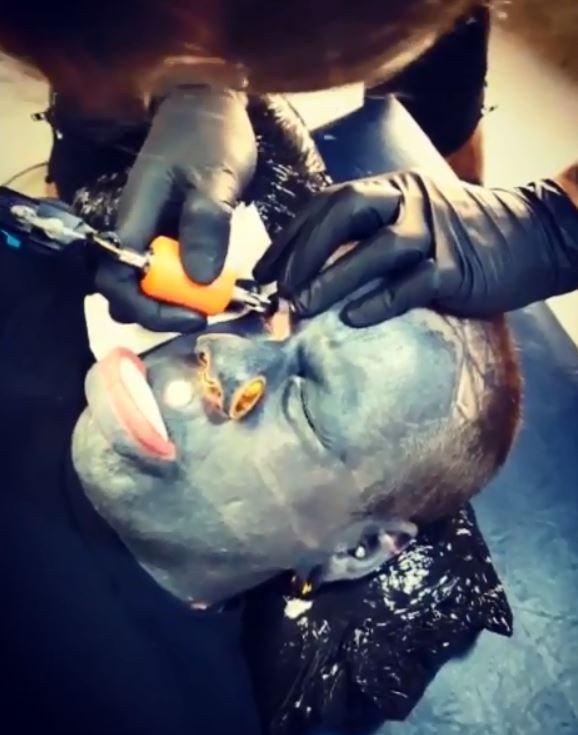 Mr Ink is also not bothered by negative reactions to his work.He said: "The best is always nice compliments, that’s always nice tohear, either from tattoo collectors or just passers-by, the worst is always older generation looking down on you and making you feel worthless.

"Before body-modification he ran his own gardening company, only experimenting with drawing and painting in his part time.

He later became a full time tattooist and joined the body-modification sub culture, which pays homage to tribal rituals.