Ex-Arsenal And Manchester City Star, Samir Nasri Banned From Football... Find Out Why

Home/Sports
26, Feb 2018 8 Comments 77326 Views
Samir Nasri has been banned from football following an investigation into the intravenous drip treatment he received at a Los Angeles clinic. 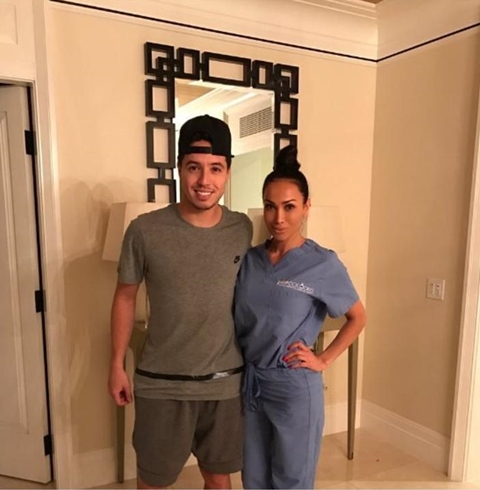 Ex-Manchester City and Arsenal midfielder, Samir Nasri has been banned from football for six months because of a drip treatment he took at a Los Angeles clinic in 2016, his lawyer said.According to BBC Sport, the 30-year-old Nasri took the treatment while on holiday, but it contravened World Anti-Doping Agency (Wada) rules leading to a Spanish Anti-Doping investigation.

Nasri's lawyer disclosed that the suspension was being imposed by Uefa.

Reports in Spain have suggested the ban will be made public on Monday.

Nasri, who is without a club having left Turkish side, Antalyaspor in January, received treatment from a private medical company, Drip Doctors, in his hotel room.

At the time he was on loan from Manchester City to Sevilla and posed for a photograph with the organisation's co-founder Jamila Sozahdah that drew publicity.

Wada rules state there is a 50 millilitre infusion limit per six-hour period for active athletes but it was alleged he received 500 millilitres of hydration in the form of sterile water containing micro nutrient components.

In February 2017, a request by Sevilla for a retroactive therapeutic use exemption (TUE) for Nasri was refused by Uefa, whose decision was later upheld by the Court of Arbitration for Sport.

Former France international Nasri's spell with Antalyaspor lasted only six months after he joined from Manchester City in August 2017.

Nasri played for Arsenal from 2008 to 2011 before moving to City for £25m, going on to win two Premier League titles during his time at Etihad Stadium.

During his loan spell at Sevilla last season he made 30 appearances and scored three goals.