This Device Can Power High-End Games On Your Budget PC, Android, iOS 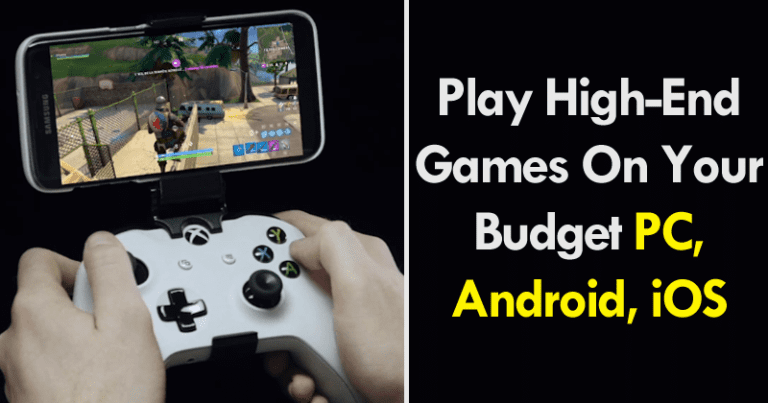 We all know very well that everyone loves to play high-end games, but the tight budget doesn’t let us do so. However, now according to the latest reports, recently a tech startup company has announced an amazing device that can simply power any high-end games on your budget PC, Android, iOS.

This Device Can Power High-End Games On Your Budget PC, Android, iOS

One of the most talked about news of the day, the launch of the Blade’s Shadow computer, the computer of a French startup for the streaming. This computer aims to replace everything we know as a clone computer.

The new product in pure GeForce Now style aims to eliminate the site that your PC occupies on your desktop, so you can make way for a virtual computer service.

The startup Blade has spoken with the main hardware brands to carry out its virtual PC project. The best NVIDIA graphics, Intel Xeon processors and AMD APUs all have their place in the new streaming service. Unlike the NVIDIA GeForce Now service, Blade Shadow is a streaming service for a complete PC, with all the components at your control and Windows as the operating system.

It has been launched in the UK, so the subscription prices are in pounds, with a cost of 27 to 40 pounds per month, you can get access to the equivalent of a computer with the GTX 1080.

The French company says they can transmit 1080p to 144 fps or 4K at 60 fps in a 15mbps connection, becoming the company’s biggest attraction and surpassing other services that need a 25mbps connection. Users who do not yet have fibre have not been able to access this type of service until now. Moreover, Shadow is compatible with virtually any internet-connected device running Windows, Android, macOS, and iOS.

AMD APUs play their own role

In this kind of computer renting, the company has designed a mini PC that will decode the signals coming from Blade and send them to our TV or monitor, the APU is the main ingredient of the Blade Box. If you prefer not to pay the 8-pound rental of the Blade Box, you can always download one of its applications for the Shadow system.

The company is committed to have updated the graphics cards of their teams. The cost of this annual service would be about 360 pounds approximately, if we compare it with the price of a PC for gaming with the specifications of the Blade Shadow, this would cost considerably more – without the GPU updates.

One of the great advantages of this service is that you have total freedom when installing programs and games. For example, other services such as NVIDIA’s recent GeForce Now only allows you to play the games you have bought on the main video game platforms.

So, what do you think about this? Simply share all your views and thoughts in the comment section below.