Home/Others
08, Feb 2018 9 Comments 77572 Views
One of the world's most renowned music producers, Quincy Jones, has made a rather shocking revelation about the legendary King of Pop, Michael Jackson. 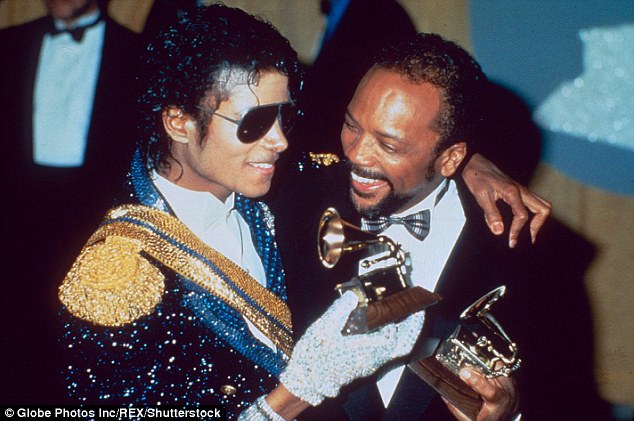 Quincy Jones, the legendary music producer who frequently collaborated with Michael Jackson, has accused the late King Of Pop of plagiarism.

'The notes don't lie, man. He was as Machiavellian as they come,' said 85-year-old Quincy, who has 27 Grammy Awards to his name.

He specifically cited Billie Jean - a signature song off the Quincy-produced Thriller, the bestselling album of all time.

Quincy suggested a parallel between that song and late disco queen Donna Summer's State of Independence, which was also produced by Quincy and released several months earlier in 1982.Few listeners would immediately associate the two songs, although both open and are built on unusually lengthy synthesized bass lines.

Quincy also said Jackson was 'greedy' and should have given partial writing credit to keyboardist Greg Phillinganes for his song Don't Stop 'Til You Get Enough.

'Don't Stop 'Til You Get Enough - Greg Phillinganes wrote the c section,' Quincy insisted. 'Michael should’ve given him 10 percent of the song. Wouldn’t do it.' While chatting to Vulture, Quincy was equally candid about Michael's personal issues, saying he had raised concern to the singer over his plastic surgery.

'I used to kill him about the plastic surgery, man. He’d always justify it and say it was because of some disease he had. Bulls***,' said Quincy.

According to the music producer, the Thriller singer 'had a problem with his looks because his father told him he was ugly and abused him. What do you expect?'Michae died at the age of 50 in 2009, felled in Los Angeles by acute intoxication of propofol and benzodiazepines.

Quincy has remained active as an octogenarian, recently launching the Qwest TV video streaming service for jazz - but he has also made a stream of headline-grabbing comments with a generous sprinkling of profanity.

In a recent interview with GQ magazine, he said he had 22 girlfriends around the world, spoke26 languages and had undergone a cutting-edge treatment in Sweden to help him live to 110.

The producer also turned his sights on The Beatles. Despite being recognized as the best popular music group in history, Jones was not impressed. In his interview he called said they were the worst musicians in the world. They were no-playing mother f****rs.'

In particular, Jones was disparaging about Paul McCartney, 'Paul was the worst bass player I ever heard'. And predictably, Jones told the interviewer to not even get him started on Ringo's skills as a drummer. Jones described one incident with Ringo as they recorded 'Love Is a Many-Splendored Thing' for Starr's debut studio album.

Ringo was having difficulty mastering a simple four-bar thing and Jones sent him off to get 'some lager and lime, some shepherd's pie' and take a break.

He then called his friend Ronnie Verrell to master the drum fill.

When Ringo returned he was impressed by the work and Jones said he replied, 'Yeah, mother f****r because it ain't you.'