Home/others
19, Jan 2018 0 Comments 62279 Views
A man has reportedly gotten beaten to death inside the palace of a traditional ruler in a Lagos State community. 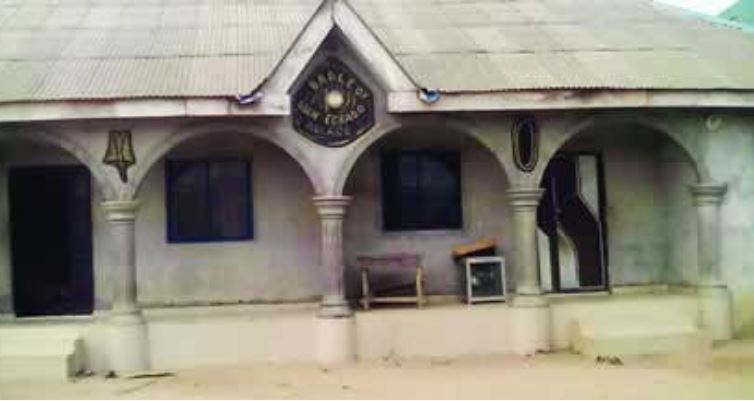 One Ikechukwu Ewuji has been arrested by the Lagos State Police Command in connection with the killing of a 41-year-old man in the Oshun Egbado, Age-Mowo, Morogbo area of the state.
According to Punch Metro, the police said the victim, Rotimi Thompson, was beaten to death in the palace of the community’s traditional ruler.
It was learnt that Ewuji had accused his housekeeper, Michael Bulete, of stealing his missing motorcycle.
After pestering Bulete, the housekeeper was said to have confessed to the theft and mentioned Thompson as the receiver of the alleged stolen motorcycle.
It was gathered that Ewuji and some of his friends went with Bulete in a car to Thompson’s wife’s shop in the Adadagun area of Mowo on Wednesday.
It was learnt that Ewuji told the woman to call her husband on the telephone on the pretext that he had a job for him.
Thompson’s line reportedly rang out.
A police source told Punch Metro that the men asked the woman to join them in the car and drove her to the baale’s palace.

“When they got to the palace, they reached the man on the phone and asked him to come to the palace. On getting there, they asked him where the motorcycle was, but he said he did not know anything about it. They tied him and the housekeeper and beat them up.

“At a point, he became weak and slumped. Instead of attending to him, they said he was pretending. After a while, he opened his eyes and requested water. They gave him the water, but he could not take it,” the source added.
Another source disclosed to our correspondent that Thompson was rushed to two different hospitals, where he was rejected, adding that he was confirmed dead at the third hospital around 1am on Thursday.
“The man was beaten up in the presence of the baale. They also assaulted his wife. The baale is on the run. The housekeeper, the owner of the motorcycle, and two others have been arrested. The motorcycle has yet to be recovered,” the source said.
However, a resident of the area, who spoke to Punch Metro on Thursday, said Thompson and Bulete had been beaten up before they were taken to the palace.
He said the baale was making enquiries from the suspects over the allegation when the mob gave Thompson another round of beating.

“They rushed him to a hospital where he died. Baale is not running away from the police, but he is not around as I speak to you and I don’t have his phone number,” the resident, who identified himself simply as Daniel, said.
The Lagos State Police Public Relations Officer, SP Chike Oti, who confirmed the incident, said the police had launched a manhunt for the baale.
He said, “One Rotimi Thompson aged 41, of Mosafejo Aradagun area, was reportedly beaten to death in the compound of the baale of Oshun Egbado, Age-Mowo in Morogbo, by some youths over an allegation of receiving a stolen motorcycle.

“The scene of the incident was visited and photographed by detectives while the corpse was deposited in the Badagry General Hospital morgue for autopsy. One Ikechukwu Iwuji, who owns the motorcycle, his friend and the housekeeper have been arrested, while effort is being made to track down other fleeing suspects, including the baale.

“The Commissioner of Police, Edgal Imohimi, has ordered that the baale and the other fleeing suspects be arrested. The command will not tolerate jungle justice in any way.”