Home/news
14, Jan 2018 8 Comments 72775 Views
The Governor of Benue state has revealed that he wrote to President Muhammadu Buhari and VP Yemi Osinbajo of the planned massacre of his people by Fulani herdsmen but they ignored him. 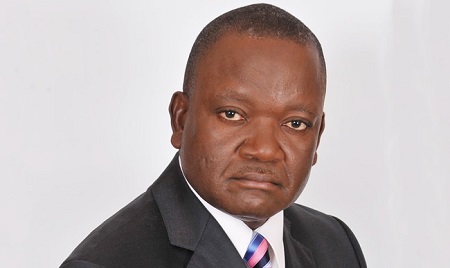 Governor Samuel Ortom of Benue state has blamed the killings by Fulani herdsmen against his people on President Muhammadu Buhari and Vice President Yemi Osinbajo, according to a report by The Guardian.

This was revealed after members of the Senate Ad hoc Committee on Security Infrastructure yesterday expressed shock that President Muhammadu Buhari, his deputy, Yemi Osinbajo, the National Security Adviser, Babagana Monguno, and the Inspector General of Police, Ibrahim Idris, all ignored several warnings of the planned attack on Logo and Guma local councils of Benue state.

Speaking to the committee members, Ortom revealed that efforts to inform the Federal Government of these warnings did not see the light of the day as he was totally ignored.

In the report of the committee’s visit to the state, which was made available to journalists in Abuja, Ortom stated that upon getting information on the planned siege by the Fulani herdsmen he immediately wrote a letter to the Vice President, Yemi Osinbajo, who was acting president, while Buhari was away for medical treatment abroad.

According to him, all attempts to get the vice president’s attention through the letter failed, as he got no reply whatsoever from him. Ortom added that Buhari upon his return to the country, was also written to many times, but no reply was also received from him on the issue.

The governor further disclosed that additional efforts were made by the state government to draw the attention of the National Security Adviser, Babagana Monguno, through a separate letter, but that also yielded no response.

In his submission to the committee led by the Senate Majority Leader, Senator Ahmad Lawan, the governor said: “We wrote to the Vice President on the planned attack on parts of Benue by Fulani herdsmen, because the word was everywhere on the street, but he refused to reply.

“When there was no response, and upon the return of Mr. President, I personally went and intimated him, and also wrote. The documents are here, I will hand them over to you. I wrote to him on the planned attack by Fulani herdsmen because these threats were on the streets,” Ortom stated.

He added that on October 7, 2017, “I wrote to the Inspector General of Police, I told him of a planned attack on our people. When there was no response, on October 27, 2017, I reminded him that these people are planning to attack us, and that we are law-abiding people; we have disarmed our youths, and we are looking onto security agencies. And the way to do it is to arrest those people, who were inciting the herdsmen to combat us, and we knew they were going to come.

“These people were all over the place; on television, in the papers doing various press conferences, and they eventually took us to court. But we felt that it was a crime for anyone to incite people against us for the purpose of killing or causing harm and destruction.

So we expected them (security agencies) to act, but there was no action… I also wrote to the Director General of the Department of State Security (DSS). And when there was no action, I followed it up with a reminder on October 27, 2017… Of course the National Security Adviser invited us for a meeting twice, but the meetings were put off,” the state’s chief executive stated.

Ortom, who regretted the way and manner that his government’s complaints were handled added, “If I had wanted to buy guns, I would not have waited. But if I bought guns and gave to those people, would my people have been killed in the manner they were killed? I disarmed the people and did not buy a single gun, I’m a Christian, if I bought one I would say yes.”

On allegations that Plateau Governor, Solomon Lalong, warned him against introducing the anti-grazing law in Benue State, he said: “… How can you warn me? Am I the governor of Plateau State, or am I his member of staff? Do I work for him? I’m Governor of Benue State, and my responsibility is to do what my people want. That is what democracy is all about. So, when you castigate people about because you were induced by someone to make those kinds of statements, then it’s unfortunate.

“Remember, this is the same man, a double-standard person, who told me when I visited Jos three weeks ago that he is under pressure by his people to put in place the same law. He told me this, but he never warned me anywhere. He’s just trying to use that to blackmail me. What crime have I committed?”

Ortom continued: “Is this how we want to continue as a country? Where some people are given privileges to be lawless?” h e questioned.

Earlier, the chairman of the committee, Lawan said the committee was put in place to ensure a review of the country’s security infrastructure.

According to him, the leadership of the upper chamber felt “this was necessary due to the current rise of insecurity in Nigeria,” adding that “the way our security apparatus is arranged, citizens are not properly and effectively protected.”

Senator Lawan, who conveyed the Senate’s condolences to the government and people of Benue State, however, assured that the Senate would partner stakeholders and all security agencies to ensure a lasting solution to the problem of insecurity around parts of the country.

He also called on leaders to provide an enabling environment for citizens to be protected and go about their lawful activities.

Blaming the spate of killings around the country on the failure of security agencies, Lawan said, “I think something is amiss. It is either they have deficiencies or they are not cooperating among themselves. It is our wish that these killings should be the last to happen in our country. We will cooperate and work with the executive, but we believe the state and federal governments must continue to work together on this. Those who perpetrated this crimes must be apprehended and prosecuted,” he added.