Home/news
02, Jan 2018 0 Comments 51783 Views
Following the tragic murder of over a dozen people in a Rivers State community, the State governor has offered a N200m reward for information on the suspects. 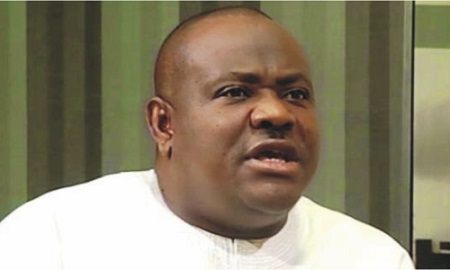 Governor Nyesom Wike of Rivers State on Tuesday promised to giveN200 million reward to anyone who can give information that willlead to arrest of the suspected gunmen who attacked Moku, Ogba Egbema Ndoni Local Government Area of the state on New Year day.

The gunmen in the early morning attack killed at least 16 persons leaving the community in mourning.

The Governor in reaction to this attack promised to reward anyone who can identify the perpetrators with the sum of N200 million, Channels tv reports.

Wike, who visited the community, alongside heads of security agencies in the state on Tuesday assured the victims of government’s support and also vowed to ensure that the perpetrators are brought to book.

One of the victims of the attack, who lost her husband and child in the attack told the Governor that the hoodlums stormed her home on the day of the attack and suddenly started shooting anyone in sight.

A combined team of the army, the Police, DSS and men of the Nigerian Security and Civil Defense Corp (NSCDC) have since wung into action to ensure arrest the suspects behind the attack.