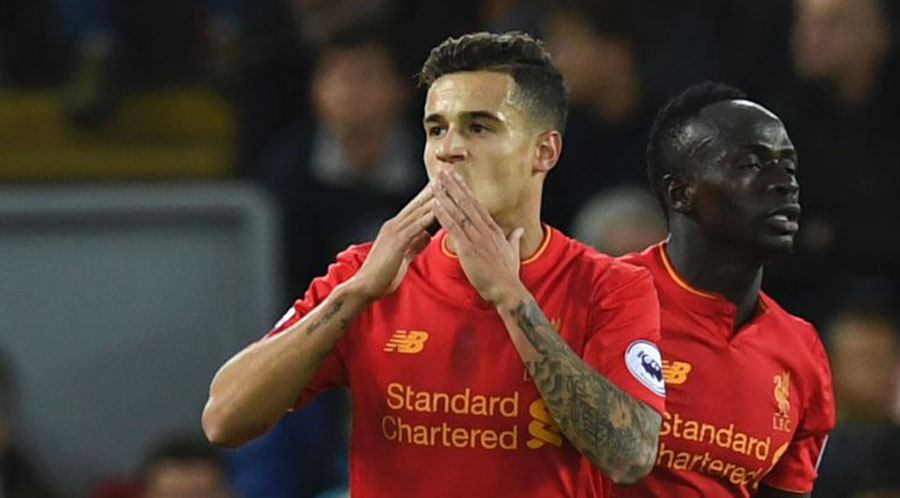 Liverpool stars Philippe Coutinho and Mohamed Salah were missing from the starting line-up as the Reds travel to Burnley for Monday’s Premier League clash.

Brazil forward Coutinho wasn’t risked after picking up a thigh injury, while Egypt winger Salah has suffered a groin problem.

Both injuries are believed to be minor and the in-form pair are expected to have a chance of playing in Friday’s FA Cup third round tie against Merseyside rivals Everton.

“Phil and Mo aren’t available, that’s why they are not in the squad. They’re both injured and that’s not too cool but that’s how it is,” Liverpool boss Jurgen Klopp said.

Barcelona kit manufacturers Nike advertised the Spanish club’s shirts with Coutinho’s name on the back on Sunday, sparking renewed talk of a move to the Camp Nou for the Liverpool playmaker.

Coutinho was the subject of failed bids by Barcelona last year who are expected to make another move in January.

The quickly deleted advert on the Nike website read: “Philippe Coutinho is ready to light up Camp Nou.”

This season, Salah has been even more valuable to Liverpool than Coutinho, enjoying a brilliant first season at An field featuring 23 goals following his move from Roma last year.