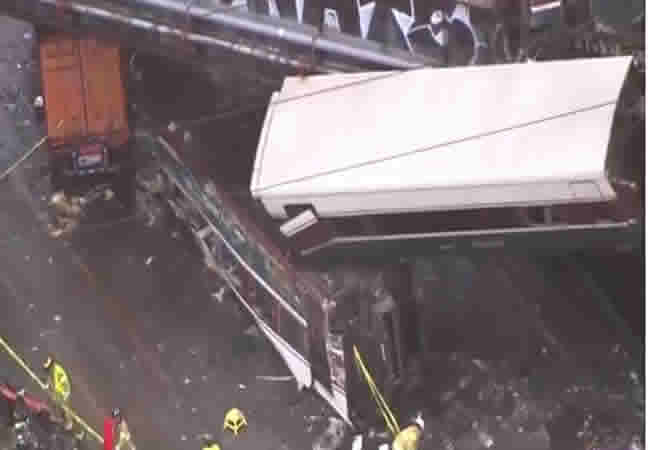 An Amtrak train derailed near an I-5 overpass in Washington State on Monday morning.

An Amtrak train traveling from Seattle to Portland, Oregon, derailed near a highway overpass in Pierce County, Washington, on Monday morning, causing multiple deaths and injuries, officials there say.

There were approximately 78 passengers and five crew members on board the train at the time of the crash.

Several cars were also struck by the train, officials say, but no motorists were killed.

Monday was the first day of expanded service on the Amtrak Cascades line. It was the train’s inaugural run between Seattle and Portland.

The National Transportation Safety Board is launching an investigation.