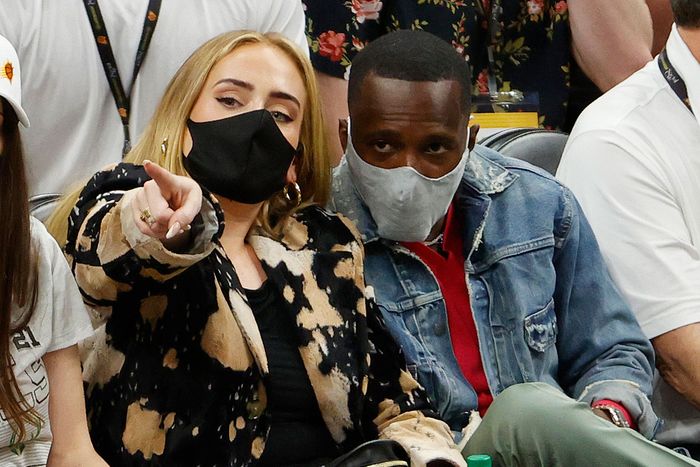 Singer Adele’s boyfriend, Rich Paul, has been spotted in public for the first time since their affair was confirmed with a PDA on Thursday.

He was seen waiting for Adele outside the Big Apple’s Milk Studios on Saturday, dressed in a casual blue tracksuit.

The lovebirds were later seen leaving the place with Paul’s hand around the singer.

They were last seen together at the NBA Finals which was won by Milwaukee Bucks on Thursday.

Adele had in 2019 called it quits on her marriage to Simon Konecki by filing for divorce in Los Angeles.

The estranged couple had announced in a joint statement five month before then that they were spilting after seven years together.