6 Things To Know About Hennessy Cognac Before You Drink It 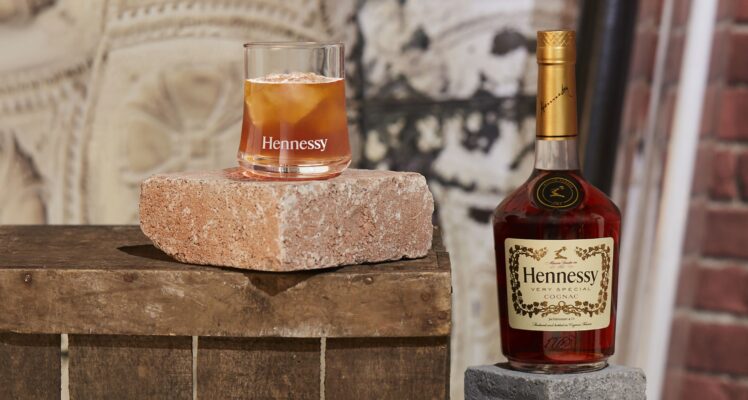 Hennessy cognac is one of the world’s most expensive as well as quality alcohol drinks. One of the greatest pleasures of life is to be able to celebrate victories and successes amid friends and family, and alcohol in those celebratory parties only makes things better. But the true lovers of alcohol know that all kinds of drinks do not hold the same value.

In the regular order of products and edible food globally, the newer it is, the better it is considered because it is deemed to be fresh and to be better tasting. This is the exact opposite for alcoholic drinks, though, and this is why the phrase “aging as fine wine” comes into the picture. That alcoholic beverages get better over the years and are considered more important as they last longer.

Making some of the world’s most expensive drinks is no small task. It takes an incredible amount of skill and practice to brew or make the best possible version of the glass. It takes many phases and procedures to arrive at the product the people worldwide love so much.

In this article, we’ll underline everything you pretty much need to know about Hennessy cognac before you drink it. Knowing the history behind this famous drink and how it’s made will make it all the more enjoyable.

That being said, without further ado, let’s jump in. 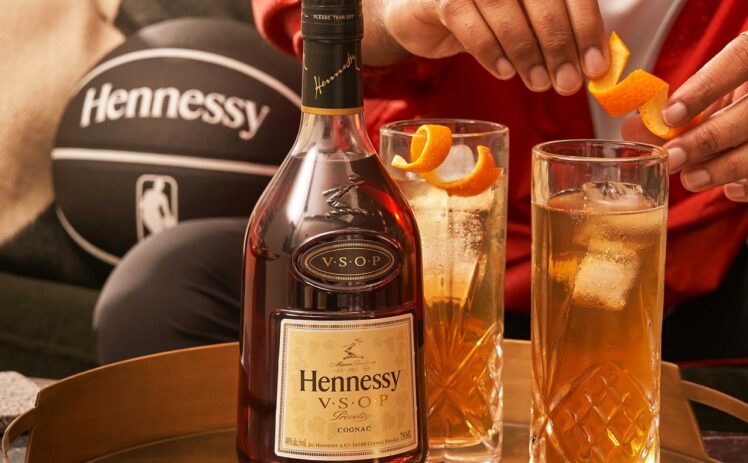 1. What Is Hennessy Cognac?

Before we get into the ties between- Hennessy and how they came to make cognac their own, it is essential to know what cognac is first. The cognac is a premium spirit that is made out of grapes. It is entirely made from the cognac region.

This means that it is effectively a brandy that is specially made in the cognac region. Hennessey is a spirit distillery company founded by an officer who served in the military called Richard Hennessy in 1765. The company kicked off because of its incredible success with the cognac spirit recognized worldwide for its taste and incredibly swagger kick that it packs.

Ironically, the Hennessy cognac is native to France, but Richard Hennessy was an Irishman. Richard Hennessy found a great market to get wealthy classes of the society hooked onto this luxury drink that spread like wildfire throughout France. The rest is history. 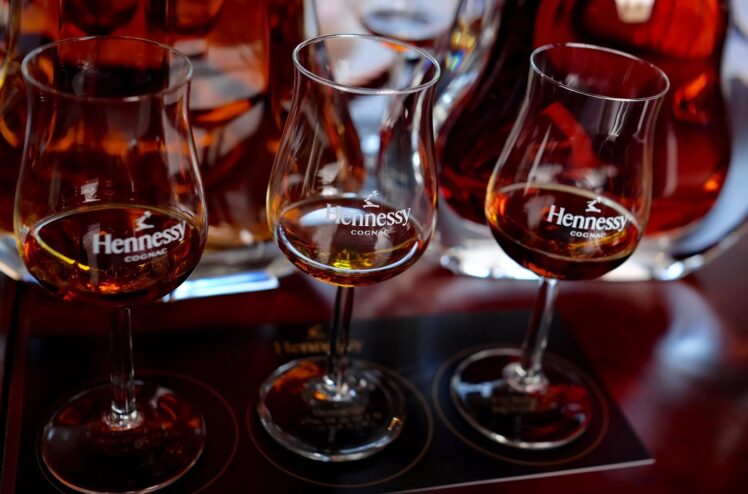 2. Strength Indications On The Brandy

Hennessy cognac does not have only one kind of taste or strength to it. After all, some people prefer wine as they probably are not huge fans of hard alcohol. Cognac, although a stiff alcoholic drink in every sense, has various differing kicks to it.

Not all versions of this drink give the same amount of punch that people think it does. There are symbols and letters beside the bottle name to indicate how strong the particular cognac is. Based on the strength or kick you want to have, you can accordingly purchase the drink. 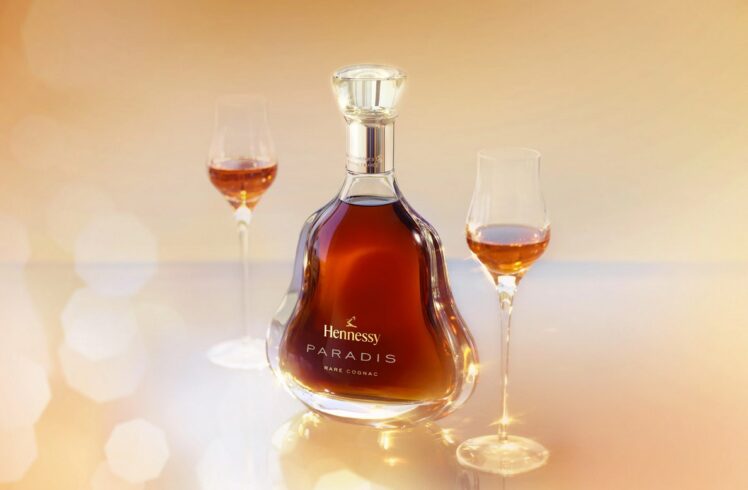 3. Differences In Prices In The Versions Of Hennessy

Don’t be straight-up disappointed if you see a highly expensive cognac. Typically the standard version of the Hennessy is not as expensive as you would expect. It ranges from around fifty to sixty dollars. This is the definitive version with fewer and simpler ingredients to add to taste than its higher-priced counterparts.

The premium Hennessy, though, is very, very expensive. One bottle of Hennessy premium would easily cost you over three thousand dollars at the minimum. The price, although, is easily justified as worldwide consumers of this luxury version state that it feels like a drink made in heaven. It is made of over 100 ingredients of spices and additives that are carefully curated and blended into perfection. 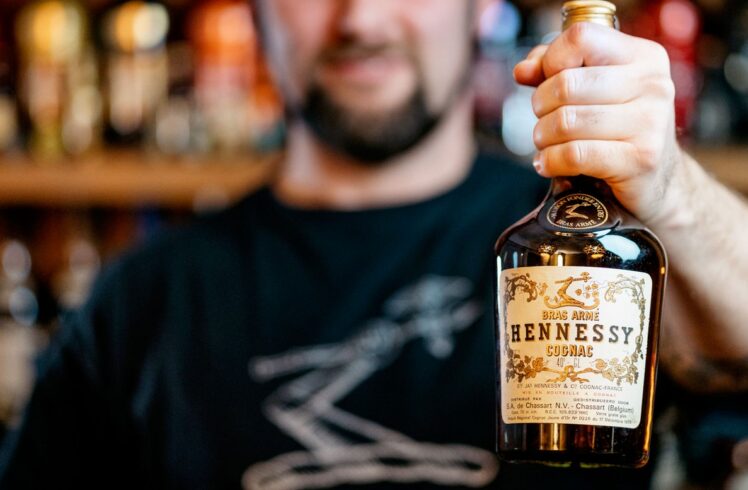 Appreciation for anything when you know it’s actual demand. Hennessy cognac is so famous and has such a high demand that its need outweighed its supply, and the company had to reduce the number of cognacs that were being sold on the market.

The dwindling collection is because of how long and how much precision it takes to create the Hennessy cognac. It isn’t like any other product that can merge the gap between- supply and demand by increasing or decreasing either one of them. 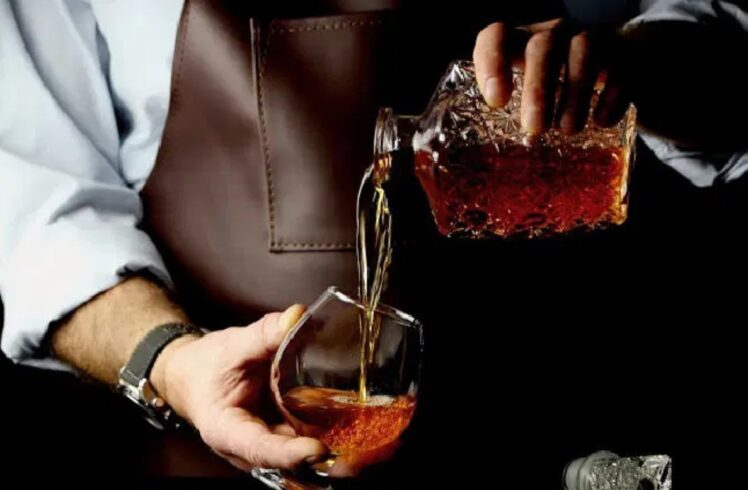 Hennessy is the world’s first purely distillery brand that is not only known for its drink but also its partnerships with other luxury brands. In 1986, the Hennessy brand merged with Louis Vuitton, the luxury fashion house and product manufacturer.

This marked one of the greatest merges of luxury brands together. It is a ritual to drink a premium glass of cognac wearing a Louis Vuitton fashion dress. They also merged with Moët & Chandon to create the world’s largest luxury trifecta acronymed as LVMH. It doesn’t get fancier than this, to be honest.

6. How To Drink The Hennessy Cognac

Drinking the cognac is nowhere' similar to drinking a typical brandy or any other drink. It is a luxury drink made for the higher classes of society, and you would be wasting it if you drank it any other way apart from the right way. The best way to enjoy a sipping cognac is to go for the XO cognac. This means that if you’re going to be sipping on a cognac, you better do it for an old one.

It is also a ritual to get the first smell of the cognac when you get alcohol, caramel notes, and other sugary aromas. The second smell, also called the second nose, gives way to more fine aromas like cedar boxes, dry fruits, chocolates, etc.