Have you noticed how massage guns have spread in the market like wildfire? Until a few years ago, you didn’t even know about them, and now everyone uses them and you can see ads everywhere. Although they originated more than 10 years ago, they have gained popularity in recent years. And it didn’t happen by accident. People have realized how useful this device is and how many benefits it gives us. It is used even by the world’s best athletes and their physiotherapists, which is the best proof of the effectiveness of this device. They have become so popular because they have almost the same effect on the body as sports massage, and you can do it all yourself in just a few minutes. This saves both time and money. If you go to the gym, you’ve probably seen many use them right after a workout. We will tell you what are the reasons why you should use it after the workout.

1. Recovery and improvement of sports performance

What is the biggest problem for all athletes, but also for recreational athletes, is recovery after a hard workout or game. Many experts agree that today’s recreational athletes are exposed to more effort than professional sports 50 years ago. There is no need to talk about professionals today, because the efforts they are exposed to are unthinkable for an ordinary person. To be able to recover between the two workouts, they are used immediately after, to continue muscle stimulation. It also has a very good effect on removing stress, both physical and mental. This will reduce recovery time, as stress and workout by-products will be removed. All this will lead to improved performance, because there will be fewer injuries and all attention will be able to be focused only on training and the muscles will be more flexible that way.

As we have already said, massage guns play a big role in injury prevention. By having deep tissue massage at our fingertips whenever we need it, we are doing a great service to our body. Even top athletes are not able to always have a masseur by their side all the time, so use this device. And how exactly do massage guns help? By improving circulation everywhere and thus much more nutrients and oxygen found in our blood it reaches the muscles. It nourishes the muscle, making it bigger, stronger and less susceptible to injury. Also, if there is a minor injury, increased circulation will speed recovery.

We all know that pain often happens after a workout for a variety of reasons. These can be minor injuries or just a result of the stress we put on our joints, muscles and tendons. The vibration produced by the massage gun will significantly reduce or completely eliminate the pain. Lymph circulation increases in this way and this reduces pain and the feeling of tiredness. When we say pain it refers more to the well-known soreness feeling. The power of massage guns varies, so you should choose the one that best suits your injuries. 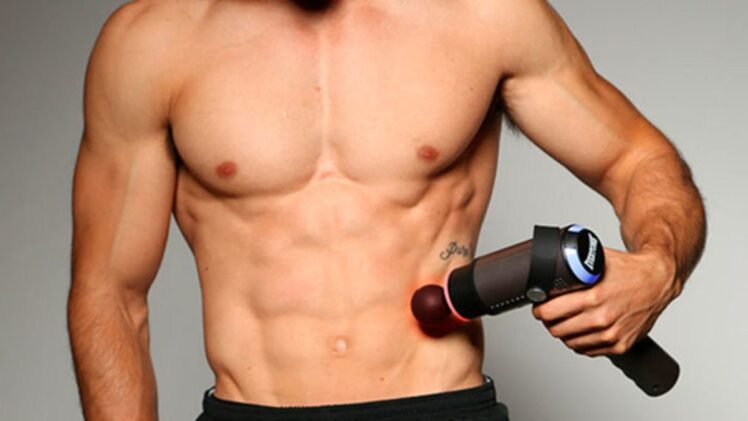 It is very useful even when an injury has already occurred. They, of course, cannot be only thing used for recovery, but are used together with other devices and methods. As circulation improves, it will heal faster and heal better, thus reducing the possibility of injury in the same place in the future. You only have to be careful about what types of injuries we are allowed to use this. It should never be used for any fractures, because it is a high impact massage and would only further damage the fracture site. Also, many experts believe that it should not be used for inflammation, such as tendinitis. As for strains, it depends on your doctor’s recommendations. As far as the pregnant woman is concerned, it is considered safe, but of course the abdominal area should be avoided. In any case, seek the advice of a doctor if you want to use this device and have an ongoing injury.

Lactic acid is an inevitable by-product of physical exertion. As we are exposed to increasing effort, we breathe faster and faster to supply the body with as much oxygen as possible. The body uses the aerobic way to produce energy for most of its efforts, which means that oxygen is the primary fuel. But for short-term efforts, the anaerobic method is used, where glucose is the primary source of energy. Let’s not explain the exact chemical process, because it doesn’t matter to you, but as a by-product, lactic acid is formed and it is inevitable. One who is working out regularly has a body that is much more prepared to deal with lactic acid because it is able to cleanse itself of lactic acid for much longer and faster. But at some point everyone will come to something called the lactate threshold and after which the body can no longer cleanse itself of lactic acid and you have to stop there with any effort. This way you will clean the muscles of lactic acid and avoid delayed onset muscle soreness, which, among other things, are caused by the accumulation of lactic acid and you will be ready for a new workout much faster. 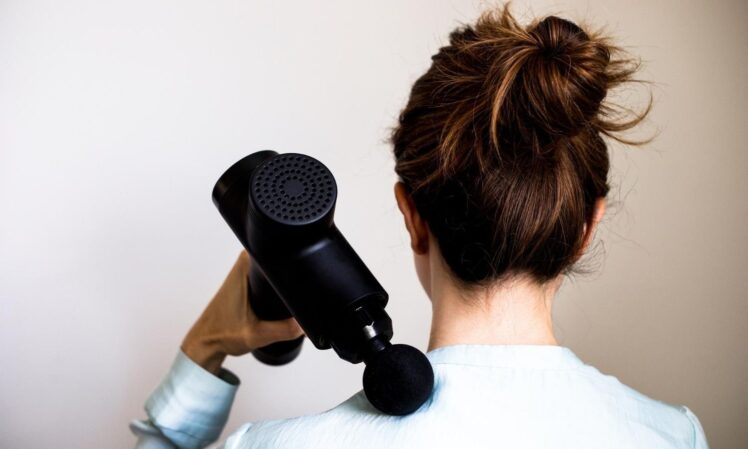 We all have a lot of scar tissue in our body, because it is created in all places where we have had an injury. It is formed by the accumulation of collagen and cells in that place to heal injuries. But there remains reduced tissue elasticity compared to other non-injured tissues. As massage guns are used for deep tissue massage, it will have a very positive effect on scar tissue because it will significantly improve elasticity and your range of motion will increase. Scar tissue occurs in a variety of ways, not just from injuries during a workout, so you can use it in all situations.