Oscar Winner Halle Berry Says Something ‘Didn’t Feel Right’ About ‘Catwoman’, One of the Worst Movies Ever Made 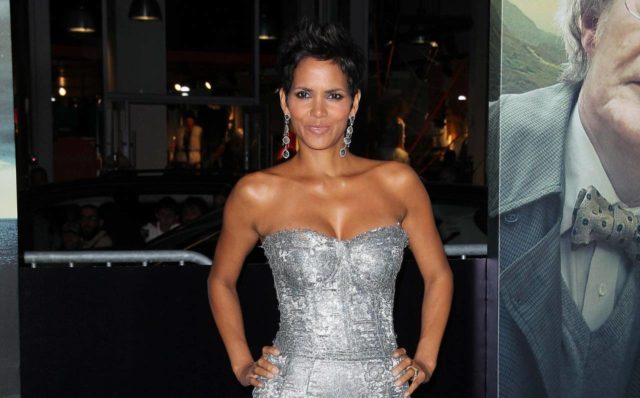 Understatement. It’s a talent. The thing you’re saying still has to be true or else you’re going into irony rather than understatement. Like if I said “The US’s response to COVID has been excellent,” that’s irony. Understatement is more along the lines of “Quentin Tarantino has made some good movies.” It’s true, but it’s leaving out so much.

Halle Berry has won an Oscar, and she is now officially in the running for “Biggest Understatement of All Time.” Here’s what she said, via CinemaBlend.

The story didn’t feel quite right. I remember having that argument: ‘Why can’t Catwoman save the world like Batman and Superman do? Why is she just saving women from a face cream that cracks their face off?’ But I was just the actor for hire. I wasn’t the director. I had very little say over that.

See, Catwoman was one of the worst movies ever made. People say it’s one of the worst comic book movies, but that is also an understatement because Catwoman is right up there with Plan Nine From Outer Space and that Ghostbusters remake.

See, Catwoman wasn’t bad because the stakes weren’t high enough, plenty of films have small stakes. Have you ever seen Scott Pilgrim vs The World? That’s a great movie and the stakes are getting a record contract and getting back together with a girl he’s known a week. Not everything needs to be about saving the world.

The truth is that Catwoman was a failure on every level, from the script to the direction to the cinematography to the score to, yes the acting. I’m sure that having an actress who wasn’t really committed to the role and was just phoning it in for a paycheck didn’t help. Halle Berry was fresh off of winning an Oscar when Catwoman was filmed, she would have had a lot of power on that set but this was before Iron Man so she probably just thought “Comic book movies will always be terrible and no one but nerds will ever watch them so I’ll just take my $14 million and get out as painlessly as possible.” Which is fine, but you can’t then go “I knew it was bad but I, the first Black woman to ever win an Oscar for Best Actress, was in no position to make it any better.”

Hook, Line, and Sinker; Phishing Scams and Baits During COVID

It is a pandemic for humans and an epidemic for technology. COVID has hit everyone so unexpectedly and right where' it hurts. Scammers are, unfortunately, very smart and creative;…

Online Slots in 2021, What Are Their Characteristics andWhy Are They So Popular?

When it comes to online casinos, virtual machines represent one of the most popular trends in recent years. The development in games that the casinos have invested in…

10 Tips And Tricks For Refreshing Your Living Room Décor

It often happens that after some time you start feeling uncomfortable in your living area. The fact is that changing the whole house or apartment in most cases…