“Making Movies Without Losing Money” asks a cutthroat question in perfect correspondence to a cutthroat industry – How to make movies without losing money? The matter has most people in the film business squirming in chairs not knowing what to say. The book is an entertaining page-turner that will have you (just like I’ve been) discussing the question and possible answers long after reading.

When you begin Film School – like I did ten years ago – to become a Film Director, there’s a nagging question lingering that we are all as students trying to answer: How do I make a film?

Later on, when you produce and finance your first short film, there’s still a pending important question. You think, okay. This was hard enough. And now, how do I make a long-feature film?

The focus in most of your classes is in answering: How do I make a long-feature film, and how do I make it financially possible?

As it turns out, producing films – literally producing them, let alone taking them to market – is quite expensive. Even in these times, when technology has made cameras and equipment significantly cheaper, many filmmakers wind up wondering how on earth they ended up losing that much money.

And that’s where “Making Movies Without Losing Money” comes in! The book doesn’t give you a formula. No. What would be the point of that? In film – as in many careers – there’s no one-size-fits-all. In fact, it’s a business known for embracing creativity in countless ways. And one of them is definitely in coming up with answers to the big questions. What the book does instead is ask a major question: How do you regain the investment made on a film? 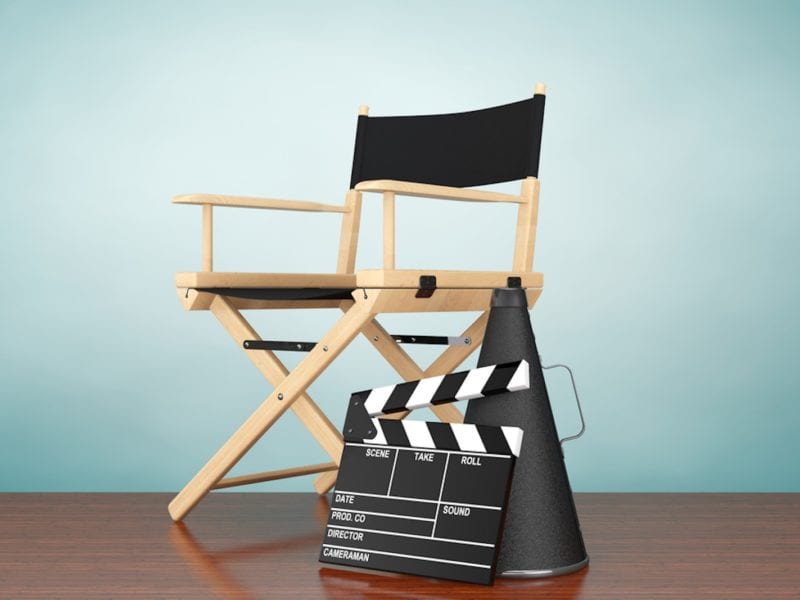 How It All Began

The author, Harlow, isn’t a Film Director. He is an investor. Quite early in the book, actually, he explains that he comes from a tech background, and recently sold his 20-years-in-the-making successful company. Now, he wants to finance and invest in films. Still, after a few bittersweet encounters with directors, where they presented promising projects, Harlow would end these presentations by asking something along the lines of: “Okay, this all sounds great. But if I invest the money, how do we make it back?”

The encounters never ended well. Mainly because no one was able to answer the key financial question. And this is the wall many directors are hitting against.

Then, Harlow began an expedition of sorts. A research project that took two years and involved over one hundred interviews with writers, directors and producers. Fortunately for the reader, most of these interviews were with the business side of film representatives: the sales agents, distributors and buyers. With each of them, the aim was to find what strategies they used to make the film business a successful one – that earned money.

As it turns out, many of the ways in which films are sold are not exactly unknown to us. It a widely known fact that the choice of story, genre, and primarily, casting stars is what matters the most to audiences. The ideal situation – for any of us about to watch a film – is to see a great story interpreted by amazingly talented actors. However, that is easier said than done.

According to Victoria Dieffenbacher, where this book goes one step further is by keeping it real. One of the first walls an independent filmmaker hits is realizing that the budget they have is not nearly enough to cover the best photography, the best locations or the most coveted actors. There are a lot of obstacles to overcome, and getting a star is almost always out of the question because they simply can’t afford one. Harlow talks to many producers that find a way to secure stars by taking a few detours and it’s not nearly as hard as it may seem.

They actually take a lot of other detours and techniques you and I can learn from.

He sees that one of the major flaws in analyzing films (financially) is the lack of data. Sometimes there is data, but then the question is: accurate data? Not so much. It is quite normal to ask for real budgets and getting not-so-real budgets. Harlow explains why this is: the film business is built largely on perception. If a film does well, in order to show that, they might inflate their original budget. If it does poorly, it might reduce its original budget and inflate its revenues in order to not look like it lost so much money. Filmmakers need to present a budget breakdown so that investors will know what they are investing in. This means, many times, inflating certain costs and adding even not completely necessary items, props, etc. to justify those costs that you might need down the line during filming. Because, believe me, you probably will. Again, filming is expensive. Pre-production is expensive. Post-production is expensive. 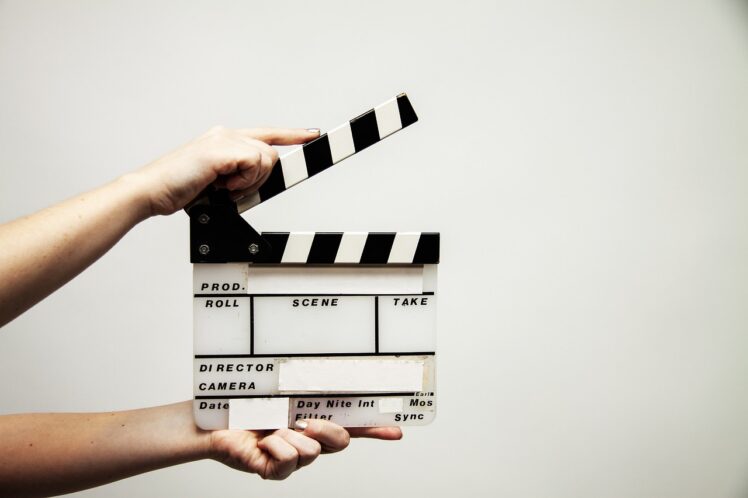 What “Making Movies Without Losing Money” does is focus on the post-production of a film by speaking with the experts that take over at that time – the sales agents and distributors – and it asks them who their buyers are exactly, what their buyers are looking for, and what are the real chances of a standard independent film to break even. In essence, he asks many of the experts he is speaking with: Is it possible to recoup the money invested? If so, what’s the best strategy?

The answer you will find when reading is that all cases vary but there are definitely ways in which we can do our best to break even and additionally, make a profit.

The book explains how vital it is for every filmmaker to consider all the important points of investing – pitfalls and successes. Why? Because as Harlow states repeatedly – in order to sustain a career in filmmaking it’s best to not lose money. The best way to get a second investor is to not lose the money of your first investor. The best way to get a first investor is to present a good film to invest in.

The harsh reality of the film business – or the daring challenge, if you prefer to see the glass half-full – is that even if your debut feature film does well, and even if it does incredibly well, you have to deliver a second time, and a third time just as well to keep going. That is the only way to realistically live off independent filmmaking.

This book takes an interesting approach of not being myopic about the funding and creation of a single film but how to sustain yourself long-term as a filmmaking professional. What “Making Movies Without Losing Money” does, as its core, is making those steps factual, practical and quite encouraging. 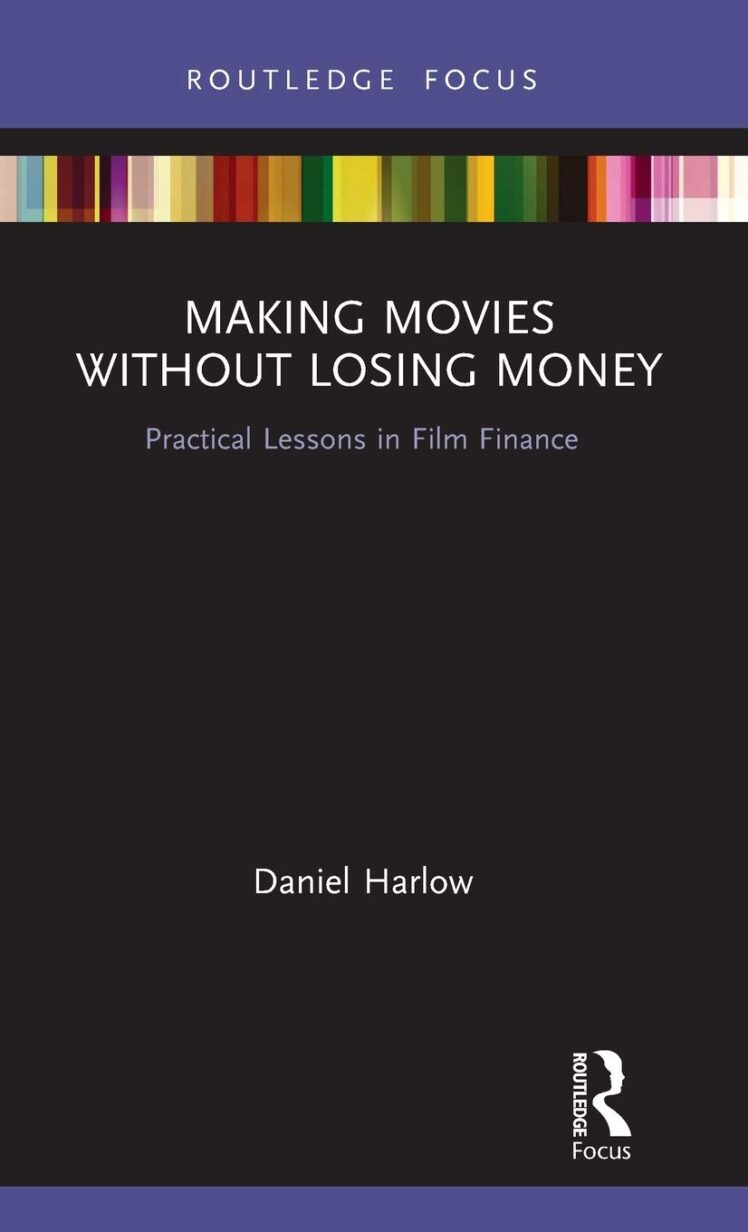 “How are we going to regain the investment made on the film?” That’s the question that kicked off Daniel Harlow journey that led to the writing of his book. And it serves as the thesis of the book as well.

Many books focus on, not how do you make the money back, but what shortcuts can be taken to secure the investment to make the film in the first place. Harlow turns up his nose to shortcuts and chooses the hard way. Like Frost, Harlow proposes: The only way out is through.

The more I read, the more interested I was – and I was interested to begin with. Harlow goes deep into finding what methods work and what investors look for in the first place. Its major strength lies in the fact that after you read it, you feel like you somehow have a cheat sheet on what steps can help you maintain a career. It might not give you a magic key or an easy shortcut but it gives you a map and gives you the feeling you can get there if you have the guts.

Daniel Harlow studied at UCLA’s prestigious Computer Science Department. One of the first nodes on the Internet (Stanford and Berkeley being the other two), UCLA was a key player in programs that fueled the technology boom that is still exploding today. After graduating on the Dean’s List and as a Departmental Scholar, he went on to found technology firm, Vircon, in 1993. The firm grew and eventually expanded to six office across the United States before its acquisition by Diversant, Inc. in 2015.

Harlow spent the next years studying (back to UCLA) the profitability and viability of small film investment and he created a Film Fund for a three-film slate. In the process, he explored the marketing and financial challenges of securing the funding, producing and selling Independent films under a million dollars.