According to World Health Organization, half of the population in South Korea, Malaysia and the Philippines use some kind of skin lightening treatment.

No matter where you travel in Asia, you might find it hard to avoid skin bleaching products on drugstore shelves when shopping for your next favorite cream or skin scrub.

In 2018 the Asian Pacific market accounted for a 54.4% share of the overall revenue, making it the biggest market for skin lightening products.

And if you think this is a women’s issue, the data proves you wrong. Though mainly targeting female consumers, research conducted in 2016 showed that both men and women use skin lightening products.

As a general term, skin whitening is the process by which substances are used to reduce the concentration of melanin in the skin. Since melanin is a natural skin pigment regulator, the artificial reduction used in lightening processes reduces its concentration, therefore making skin “whiter.”

Another major industry profiting from the rising trend is cosmetic plastic surgery. In South Korea, as suggested by NPR, which is widely considered the world’s plastic surgery capital (with the highest number of cosmetic procedures per capita worldwide), skin whitening has not been overlooked.

A quick search for “skin whitening in South Korea” on Google gives you a broad variety of hits and suggestions to plastic surgery clinics providing skin bleaching treatments and products as well as “id brightening clinics” promoting the same procedures. 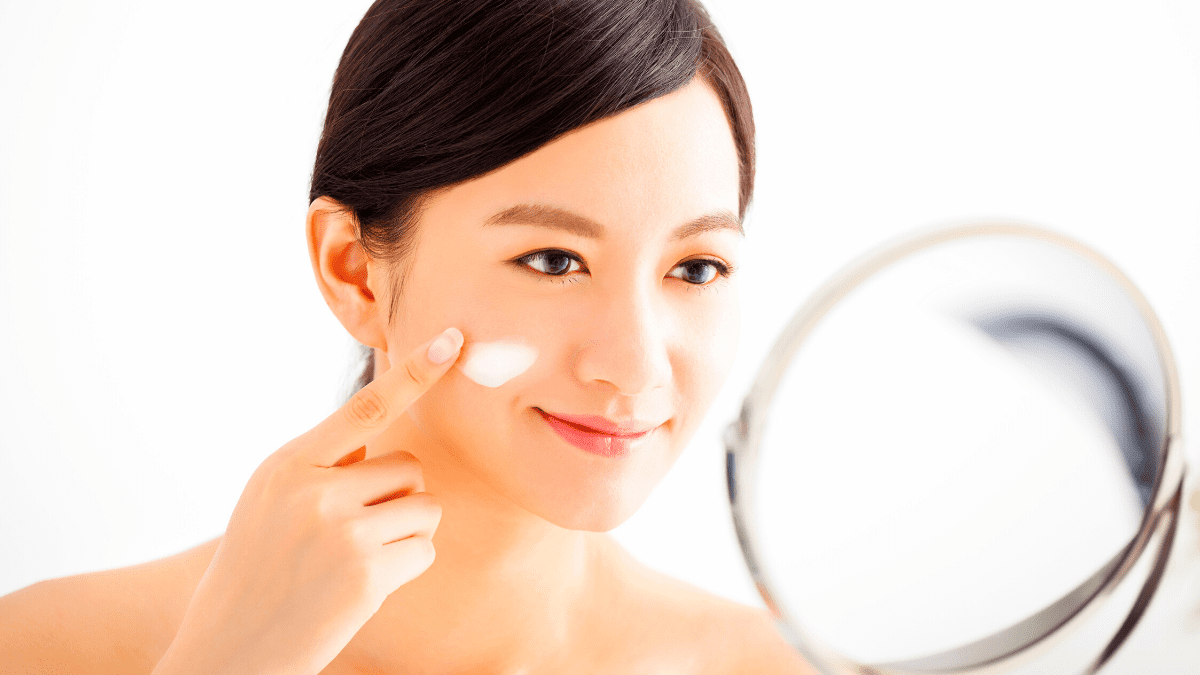 Despite its unquestionable popularity on the Asian market, the practice of skin bleaching has been heavily criticized in recent years for being not only dangerous to public health, but also racist by nature thorough promoting pale skin as the ultimate beauty ideal and dark skin as undesirable.

Creating headlines in international media like VOGUE and NBC, women, organizations and experts have spoken up against the skin whitening products, criticizing the industry and practice for being racist and promoting anti-black sentiment in Asian countries by profiting on products that are insensitive to POC, reinforcing racial power imbalances in society.

Sometimes the criticism has direct consequences for the industry, and commercials promoting skin whitening have been withdrawn for being too controversial or racist

Most recently, in the wake of the death of George Floyd, Unilever, Procter & Gamble, L’Oréal and Johnson & Johnson, some of the world’s biggest companies selling beauty products that advocate lighter skin, have been criticized for promoting a beauty standard rooted in racism and discrimination.

The backlash and heavy debate about the morality of the skin whitening products seemed to work. At least Unilever stated that it would remove certain words from their products, packaging and communications – words like fair/fairness and light/lightening which refer to the whitening quality of the products. Their president of beauty and personal care, Sunny Jain, even said that they recognize that the use of the words “suggest a singular ideal of beauty that they don’t think is right”.

Apart from being criticized for insensitive and racist messages, the skin whitening industry has also been under fire as a danger to public health. In a report by the World Health Organization, a variety of side effects caused by toxic substances in the whitening cosmetics ranged from kidney damage and failure, skin rash, scarring to depression and anxiety.

The WHO is especially worried about the amounts of the ingredient mercury, which can be harmful to both the human body as well as the environment when byproducts of cosmetics are eventually discharged into wastewater.

So, if skin whitening can be harmful to the environment, our public health and hurtful to minority groups, how come the practice is still growing in popularity?

It might be tempting to think that beauty ideals of white and pale skin in Asia is caused by imported Western beauty standards, but according to research and historians the practice predates colonialism and the introduction of Western notions of beauty.

In other words: It has existed and been key criteria for personal beauty in Asia for longer than you and your great grandparents have lived. And long before that.

In Korea, flawless white skin and the absence of freckles and scars have been a beauty ideal since their first dynasty (2333-108 B.C.E). Before creams were available, Koreans used dregs of honey to purify and lighten their skin to achieve desired tones.

And women went far and paid the price in hopes of achieving the desired complex. In China, women used to swallow powdered pearls to attain a whiter overall complexion.

On top of that, dark skin has often been associated with working in the fields, which was considered a marker of poverty for many years – not only in Asia, but universally. Having white skin, on the other hand, was an expression of a comfortable life indoors and therefore wealth, status and social class.

Although the preference of a fair and white complexion has existed for a long time, research shows that the contemporary social desire for pale skin in China is deeply tied to the newfound consumer culture. With other words: Without the rise of global commercialization, the popularity and magnitude of skin whitening would most probably not be as it is today.

Today, many consumers in Asia are exposed to the concept of skin whitening and the commercialization has made it accessible to consumers, even the ones who could not access it before due to lack of resources or belonging to a specific socioeconomic group.

Though neither historians, researchers or beauty industry professionals can tell us how the beauty ideal of white skin has stayed on the continent for so long, and how it manages to rise despite heavy criticism from established media and organizations, for now it seems uncontroversial to state that the detrimental trend is here to stay.