Home/News
13, Dec 2017 18 Comments 53259 Views
Protesters from various nongovernmental organisations (NGOs) stormed the National Assembly on Wednesday to kick against the passage of the controversial �NGO bill�. 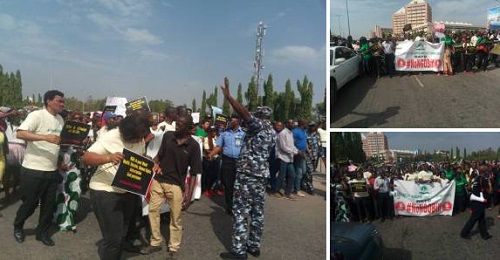 In a bid to prevent the passage of a bill for an act to provide for the establishment of the Non-governmental Organisation (NGO), regulatory commission, some protesters in their hundreds led by renowned human rights activist, Chidi Odinkalu, on Wednesday, besieged the National Assembly.

According to a report by Premium Times, the protesters clad in shirts bearing "#NoToNGOBill" chanted songs to taunt Speaker of the House of Representatives, Yakubu Dogara, and other members of the National Assembly. 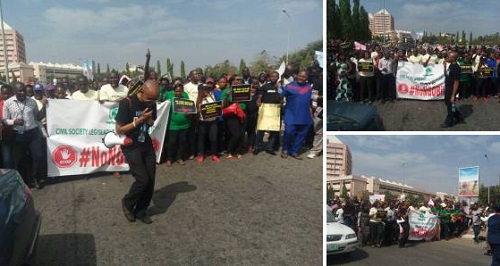 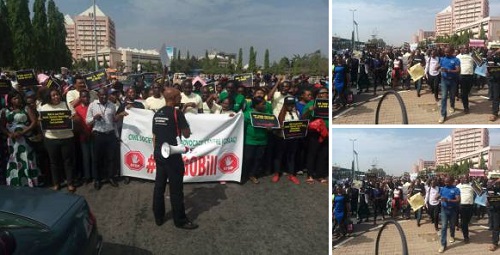