Unbelievable: Man Rushes Into Burning House to Save His Phone, Comes Out Completely Covered in Flames

Home/others
13, Dec 2017 0 Comments 54899 Views
A man who rushed into a burning house to save his phone, has ended getting terribly burned in the process as he emerges covered in flames. 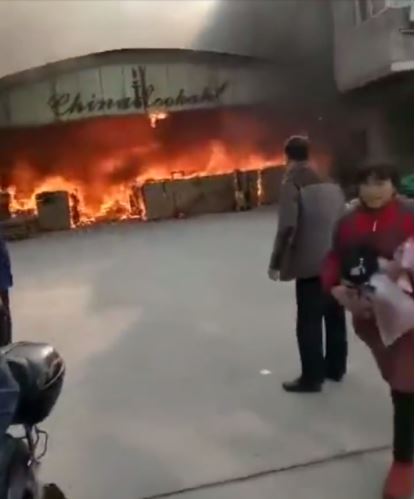 Photos have shown the moment a worker was engulfed in flame after he ran into a burning factory just to retrieve his mobile phone.

According to The Sun UK, his fellow workers rush over and blast him with a fire extinguisher and, apparently in shock, he immediately stands up afterwards despite his injuries.

The injured man is seen stumbling around in his badly charred clothes. 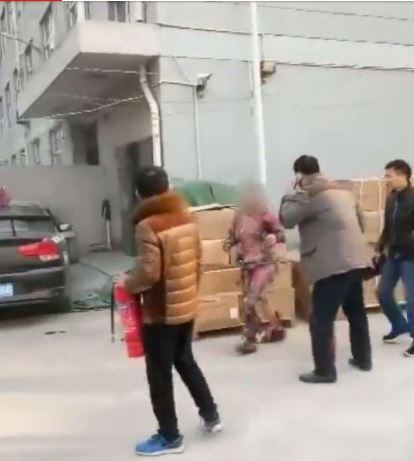 Last month a street performer accidentally sets his face alight — at a celebration for a beard oil company.

Onlookers including can be heard screaming as his long beard catches light during the firebreathing show.He was filmed taking a massive swig of paraffin before the crowd in Belfast counted him down for adramatic finale.But the trick, which he described as the “most dangerous in the world if not done properly”, backfired when spilled fuel ignited his beard, and flames engulfed his entire head.