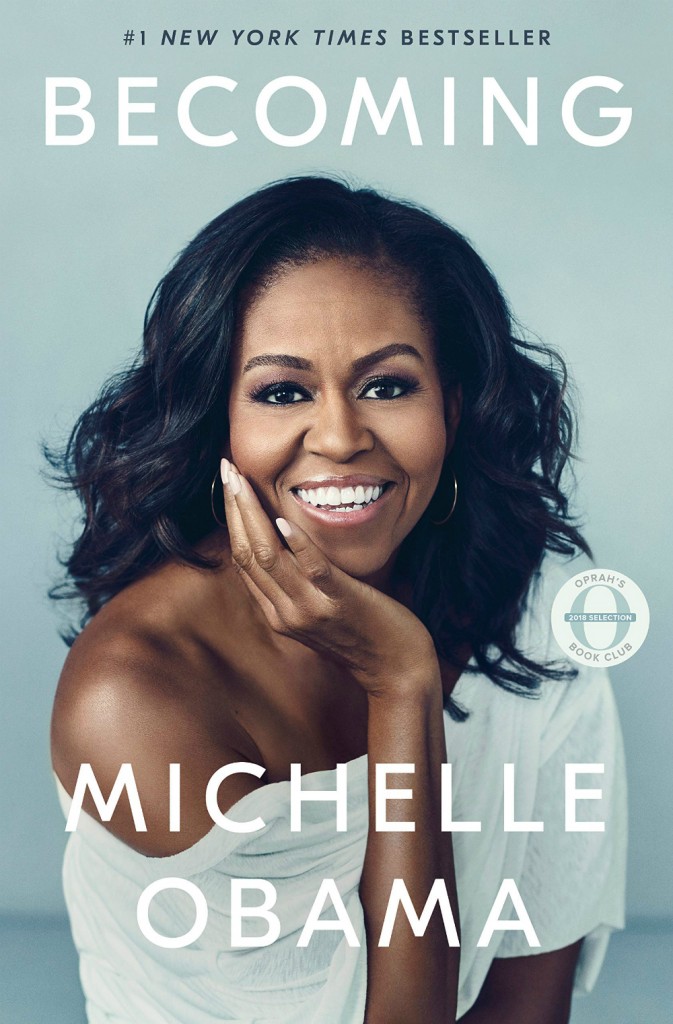 Among the Grammy winners this year was best-selling author and former First Lady, Michelle Obama. Ms. O’s memoir, Becoming, has been sitting on tp of the best sellers lists since it was released in November 2018. She did a wildly successful book tour to promote it that I, regretfully, did not make the time to go see. At some point in her busy calendar, she made the time to record it and now can add Grammy Winner to her resume, which really didn’t need any help, but still. Once the statue is engraved, she can place it on the mantle, right between her husband’s trophies.

Obama’s husband won for the audiobook recordings of his memoirs “Dreams of My Father” and “The Audacity of Hope” in 2006 and 2008.

The text version of “Becoming” has sold millions of copies, and had the longest streak at No. 1 on Amazon for any book since “Fifty Shades of Grey” in 2012. The memoir traces Michelle Obama’s Chicago roots to her time in the White House.

Obama isn’t the only former first lady to win a Grammy for best spoken word album. Hillary Clinton won in 2003 for “Living History.”

I don’t want to detract at all from her win, but I’m giggling over how much this report must have made a certain White House resident positively aubergine with rage-envy. The Obama’s now have three between them, and Hillary Clinton has one but #45 never got his precious Emmy. Maybe he should have tried to steal one, like, you know, he did with the election. But! This is about Michelle and her Grammy for her book and she deserves the spotlight. Remember how she said putting herself out there like she did in the book was a real challenge for her? I’m very happy it paid off for her as it has. Hopefully this is not the last we’ve seen from her as an author.

I have not read or listened to any of the albums that were nominated for spoken word. I had not even heard of Eric Alexandrakis’ work about his struggle with cancer or Sekou Andrews & The String Theory. I’m kind of interested in Mr. Know-It-All by John Waters, but I think I’ll read it. But I am interested to listen to the Beastie Boys Book. I’ve heard good things about it. And, of course, I need to get around to reading Becoming. It’s post-Christmas so it’s one of the few times I am flush with new books to read but the minute I get through my bedside table’s pile, I’ll march down to my library for it. Hopefully, they will have it available by that time because I have been on the waiting list forever.