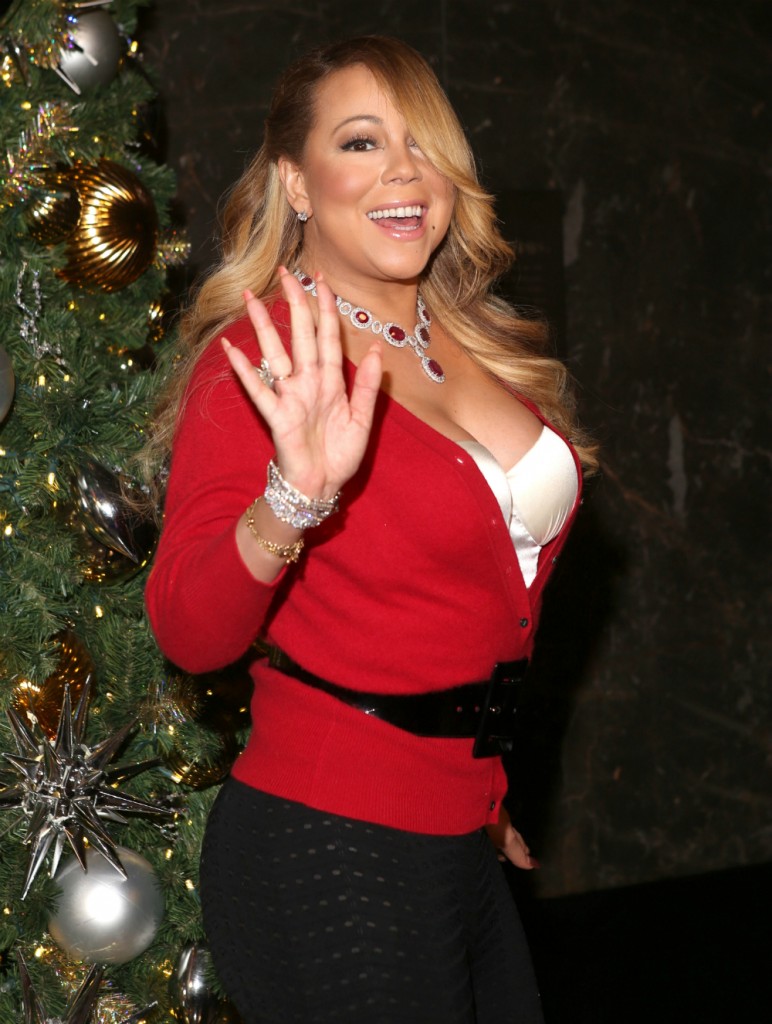 I’m covering all the controversies today! And I’m crossing the holiday line to do so. I’ve got Chrissy Tiegen’s Turkey defamation on one side and on the other, I have the Brits coming for Mariah Carey. Specifically, Mariah’s Christmas Anthem: All I Want for Christmas is You. According to Variety, a mobile phone company called Huawei, conducted a survey among British folk of the Most Annoying Christmas Song and they listed AIWfCiY as number 1. I’m telling you, I. Can. Not.

The divine Mistress Carey does not need me to defend her or her song. She’s already turned this article into two-ply and replied to Old Blimey with “I don’t know where that is.” I I could take up much of this page with an essay on the delight that song brings me every single time it comes on, but I have a lot of work to do with the rest of this list instead. Band Aid? I feel attacked. When you dismiss the song, you dismiss the video and all that hair (so much hair). And you dismiss Sting’s precious little smile when he sings the word “sting,” or Bono’s body contortions trying to punch out a note, or Phil Collins drumming for his very life. Fine, ruin Band Aid for me but, and I will try to say this as politely as possible, my dear friends across the pond: take Eartha Kitt’s name out of your mouth until you show her the respect she’s due. What’s making all this worse is The Guardian did their own survey and confirmed everything Variety reported. Except – and this is a huge except – The Guardian listed Bing Crosby/David Bowie’s duet at number one. I realize that’s where Bowie would also put it, but I can’t, I love it so. And now that they are both dead, I cry the good tears when I hear it. You hear me Britain – I cry. Honestly, this tweet says everything for me on the matter:

We’ll throw your goddamn tea out again if you keep running your mouth https://t.co/NUt3GCY7sV

Ashamedly, I could probably make an argument for each song on both lists, I have no objectivity when it comes to holiday music (or Slade). The only holiday song I tend to turn off is Happy Xmas (War Is Over) by John Lennon, forgive my Beatles-loving heart. But I’m okay shelving most remakes of these songs. Like, for instance, I’m happy to never hear Hilary Duff sing Wonderful Christmastime or Taylor Swift sing Last Christmas.

Speaking of Last Christmas, CB just clued me in to Whamaggedon, the battle to see who can go the longest without hearing the original version of Last Christmas. The rules are posted here, good luck out there. Honestly, I might as well tap out now.

The good thing about going out of #whamaggedon on 1st December is being able to listen to the radio without fear of failure.