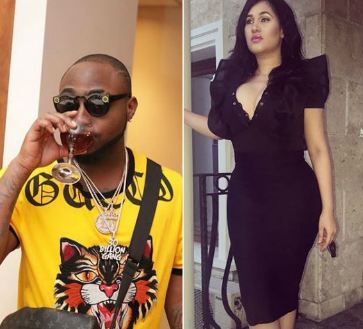 This is some serious allegations! In a now deleted post, Caroline Danjuma accused Davido of dumping the body of a boy identified as Tagbo at the General Hospital after he allegedly died in his car last night.

According to her, Davido and his crew covered their faces with face caps, dumped the boy at the hospital and went back to continue clubbing. She wrote;

Davido where is Tagbo .... he was with you and ur crew last night ... you all wore face cap to hide your identities after he died in ur car.. u dumped him at general hospital and ran away ... the law must play its role this time .. you all better provide Tagbo alive .. @davidoofficial.

After you all abandoned him atgeneral hospital you continued you stupid grooving at DNA and had the nerves to promote ur show .. this ain"t no ordinary boy you can intimidate his family ... we need you to tell us how he died in ur car and why u ran away.. the police and the hospital confirmed u all ran away .. if u think ur money can save u , u just met ur match . Promise .