Justin Bieber Rides His Bike With Hailey Holding on Tight 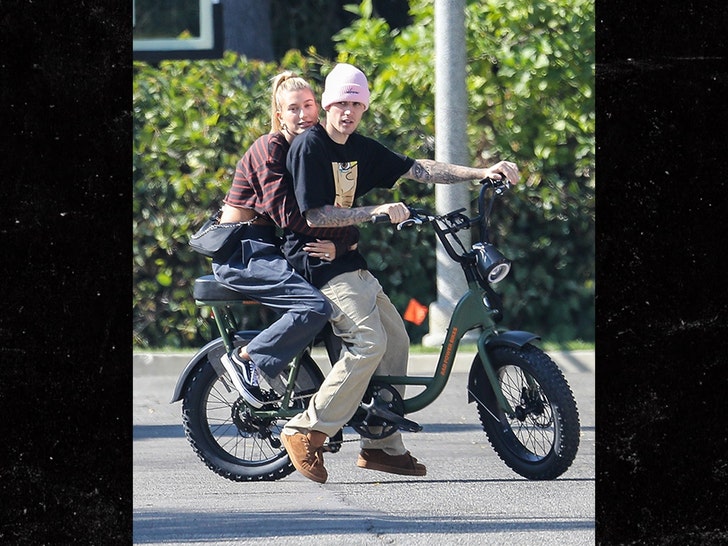 Justin Bieber seems to still have Tom Cruise on his mind, 'cause he unwittingly recreated an iconic movie moment made famous by the actor ... just without as much horse power.

JB was out with his wife,Hailey, Sunday riding around L.A. on what looks like a pretty nifty bicycle, which has a seat attached on the back. Hailey was riding top shotgun, holding on about as tight as Kelly Mc Gillis did on Tom's Kawasaki Ninja motorcycle all those years ago. 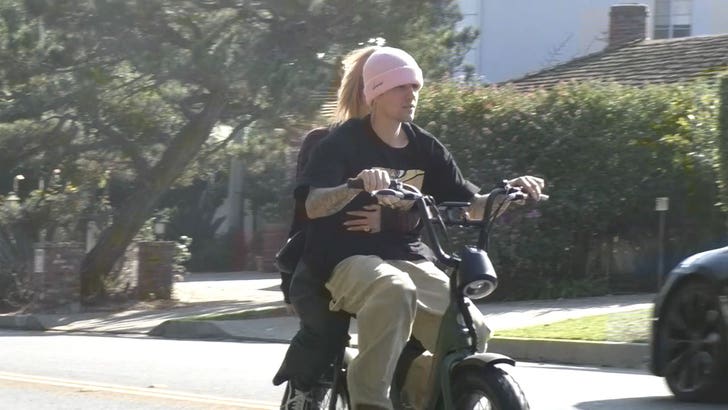 Yes, we're referring to 'Top Gun' ...and if you check out the video of Mr. and Mrs. Biebs cruising around Bev Hills, it's reminiscent of Maverick and Charlie's ride through San Diego.

Of course, Justin himself might've had to work a little harder here than TC did in the flick. The bike doesn't look or sound motorized in any way, so he was definitely pedaling his heart out to get the missus off the busy main roads ... with traffic building up behind him.

Who knows if Justin actually knew he was harkening back to the '80s here with this joyride, but we'd like to think so ... assuming he still wants to go toe-to-toe with Tom, that is.

Hey, celeb fights are all the rage right now. No better time to start beating that drum again.