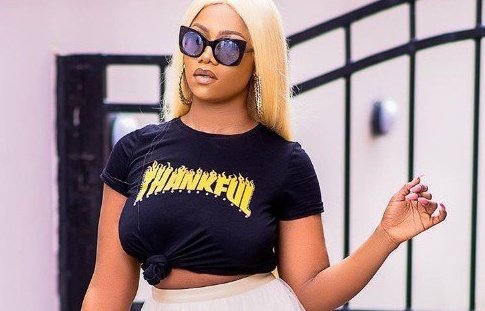 Tacha’s personal appearance at NYSC orientation camp in Rivers state yesterday shut down in minutes as she gets mobbed by fans.

Tacha who was accompanied by close friend and fellow reality star, Sir Dee, was mobbed by her teeming corps member fans in the camp.

The heavy presence of security personnel trying to shield them away from the crowd could not do much to a highly excited ‘corpers’ who have gotten the opportunity to see their idol in reality.

Her visit to the camp was one of the events put together to celebrate her ‘homecoming’.