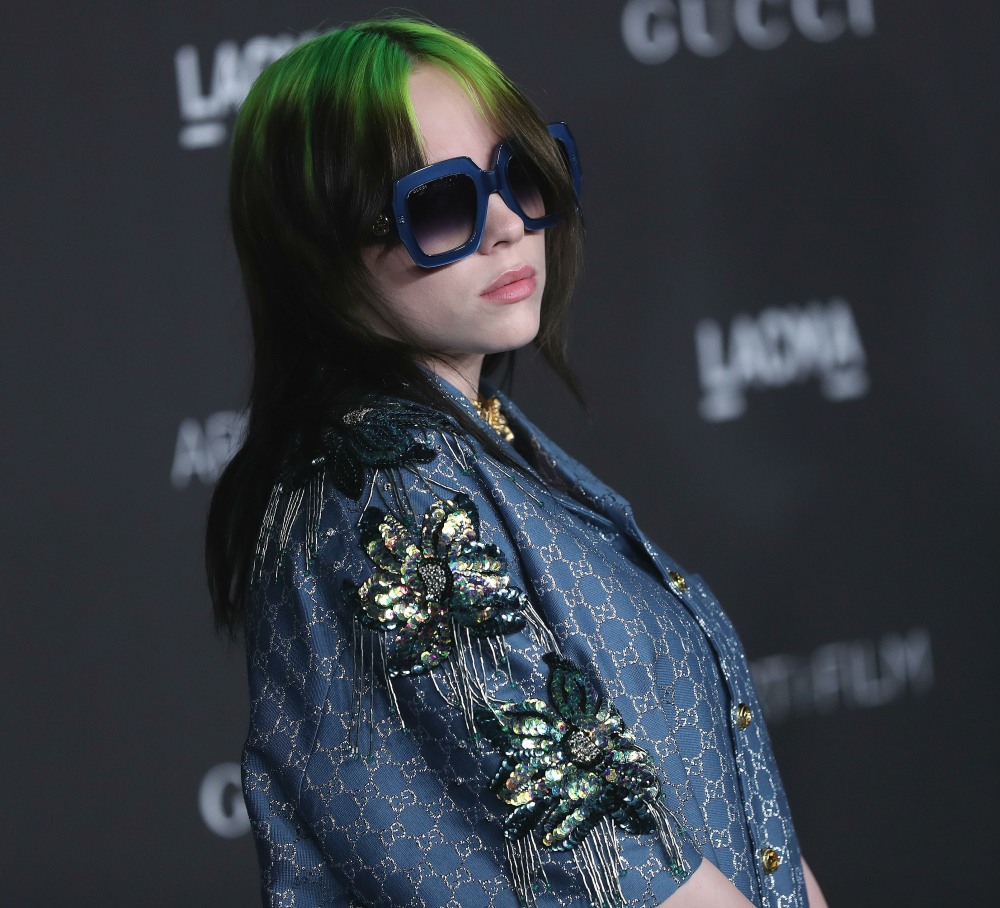 Billie Eilish attended the LACMA Art + Film gala last weekend and I included her in the fashion coverage – she wore Gucci pajamas, basically, which were totally on-brand with Billie’s whole deal. I’ll admit, I was only really looking at the pajamas and I kind of missed her hair. For months now (perhaps a year?), Billie has been doing this weird reverse-dip-dye look, where her “roots” are neon green and the rest of her hair is brown or black. It’s a cool style which makes it look like her natural hair color is green. But at this event, Billie debuted a new “cut” – something resembling a shaggy mullet, sort of vintage Mick Jagger/Joan Jett. Turns out, it was a complete accident:

Billie Eilish is growing out her bangs in a unique way. The “Bad Guy” singer debuted a new mullet haircut on Saturday at the 2019 LACMA Art + Film Gala, which she attended alongside her redheaded brother Finneas O’Connell. With her green roots intact, 17-year-old Eilish channeled Joan Jett with a fresh choppy shag. She wore a full Gucci pajama-style look with sneakers and matching oversized sunglasses to the event.

Though fans instantly praised Eilish’s modern take on the ’80s cut, the singer didn’t fully realize what her new ‘do looked like. “Mullet?” she asked a TMZ reporter who questioned her about the look. “What do you mean mullet? You know what happened, somebody dyed my hair and they burned half of it off. It’s not on purpose though. I’m growing that s—t out.”

How… why… how does one burn off half of one’s hair with… green dye? I guess? I have so many questions! As I’m looking closer at her new style, it looks like maybe someone was trying to do a shortcut with keeping the “ends” of her hair dark and maybe that’s how everything got f–ked up? Does she get her hair done by professionals or does her mom do it for her? I ask because her parents do EVERYTHING for her. Anyway, this is the long way of saying that Billie has bangs trauma – literally! – and I feel bad for her but at least she’s committed to growing it out. 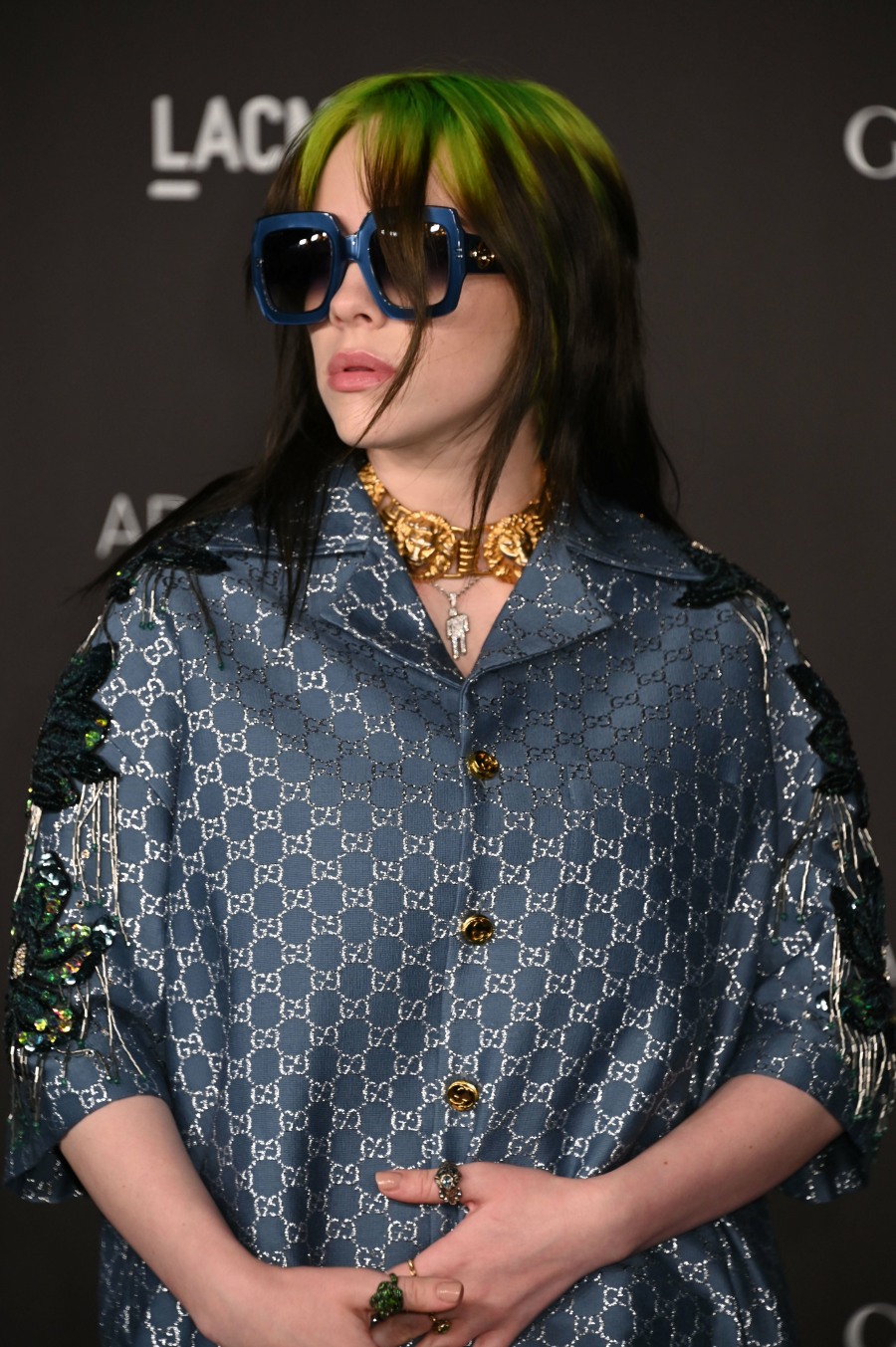 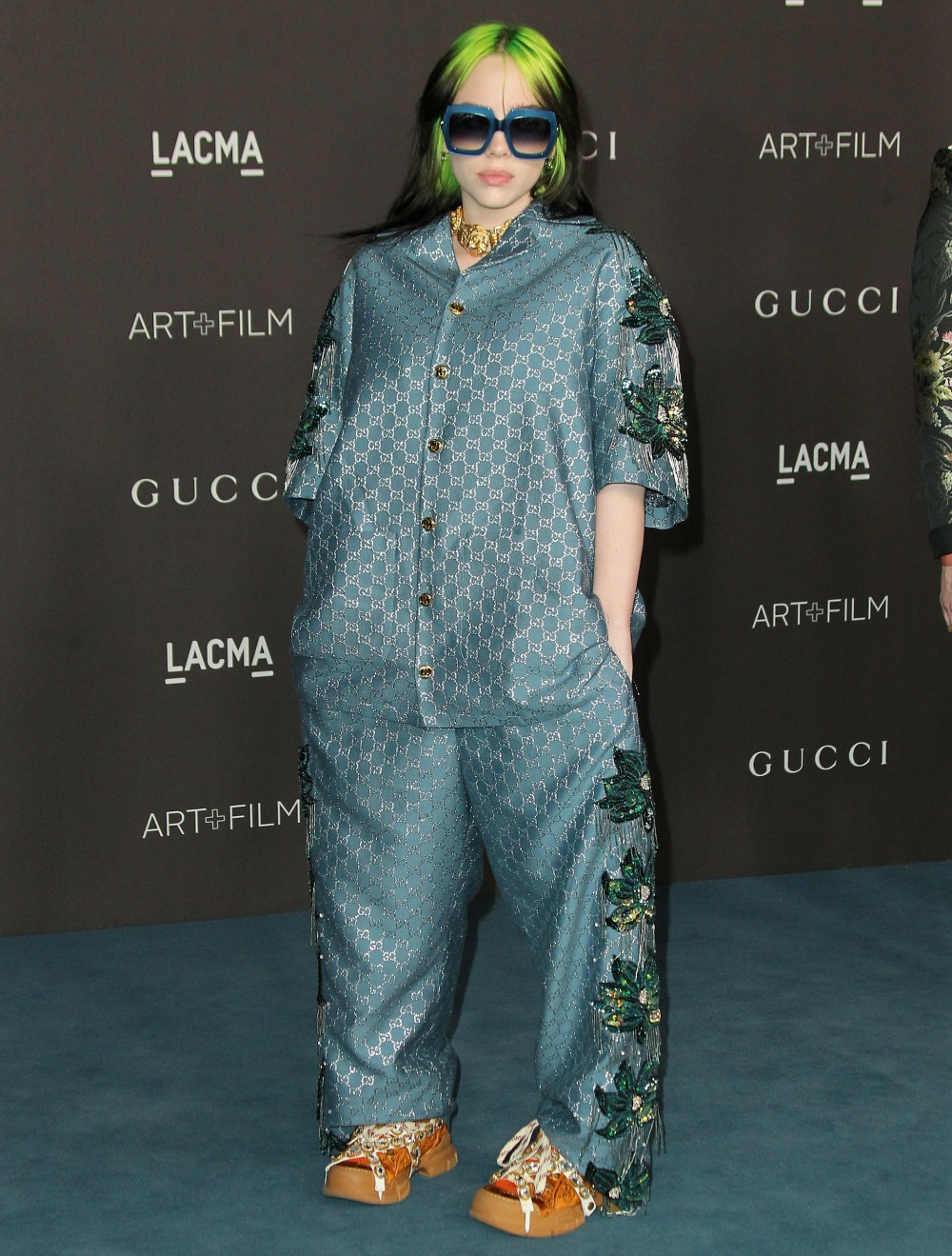