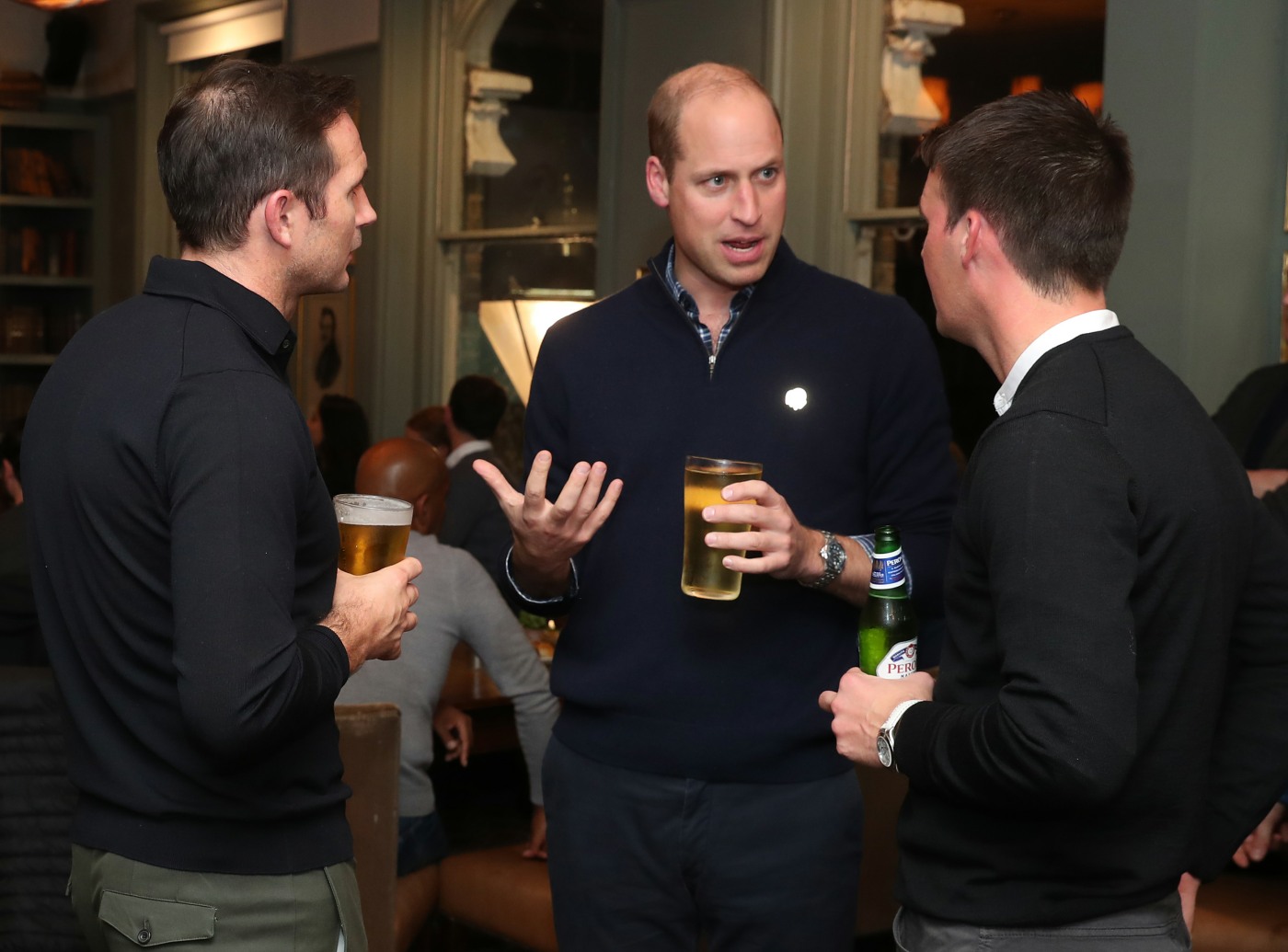 Here are some photos of Prince William down at the pub on Friday night. He stopped by the Prince Albert pub in London to watch the England vs. Czech Republic match. It’s “work” because William is the president of the Football Association, and because he was drinking beer with people (just men, by the looks of it) who have been supported by charities like Mind and CALM, which is all part of William’s mental-health advocacy work through football or whatever. I wonder if he was talking to those guys about how he’s “bored” of racism again.

Meanwhile, William took part in one of Prince Charles’ many documentaries. Charles agreed to an ITV documentary called Prince Charles: Inside The Duchy of Cornwall, which will highlight the amazing things Charles did with the duchy scheme he inherited on his 21st birthday. When Charles inherited the duchy back then, it was already a successful and profitable collection of property and farms. But Charles transformed the duchy into an absolute beast, with a dedication on organic and sustainable farming, his mega-successful Duchy Originals line, and a lot more. William took part in the documentary to talk about what he’ll do when he becomes Prince of Wales and Duke of Cornwall.

The Duke of Cambridge has said he’s “not going to rock the boat,” when he inherits the Duchy of Cornwall estate from his father in a new ITV documentary to mark Prince Charles’ 50th year in charge. In the first episode of the two-part series (airing at 9pm on Thursday 24 October) Prince Charles, 70, talks about tutoring his eldest son for his future role and said he has had time to prepare himself for his upcoming responsibilities.

“He’s quite lucky because I found myself there at 21. I had a bit of baptism of fire really,” Charles said. “He goes and visits different parts of the Duchy of Cornwall, and so he is learning, I hope, as time goes by.”

Prince William, 37, appears briefly in the episode and said he has started to think about how he will inherit the Duchy, saying: “I’ve started to think about how I will inherit the Duchy one day,” William told farmers in Prince Charles: Inside The Duchy of Cornwall. “Well, rest assured I’m not going to rock the boat; I’ll do much the same as what my father’s doing. I’m not so into the architecture — that’s the only thing.” In the past year, the Duke has attended a number of private meetings in relation to the Duchy, as well as visiting some of its properties in Somerset.

The documentary will offer a behind the scenes glimpse into the Duchy of Cornwall, which covers more than 130,00 acres across 23 counties. The Duchy estate was established by Edward III to provide a private income for his son and heir to the throne Edward, later known as the Black Prince, and its purpose remains the same today.

The 60 minute episode will also show Charles living up to his reputation as a hands on royal – pruning, hedgelaying and celebrating his 70th birthday with tenants. Clarence House recently announced that he and his wife the Duchess of Cornwall will undertake a tour of New Zealand between Sunday 17 and Saturday 23 November, just days after the Prince celebrates his 71st birthday on 14 November.

I’m really looking forward to seeing this, I hope it ends up airing on PBS. Charles at 70 was honestly one of the best documentaries I’ve seen in years!! Charles is at times an old grump, an old flirt, and an ancient, eccentric hoot. He yelled at farm animals and flirted with the prettiest girls at the makeshift gym he set up in Scotland. He quietly allowed some over-excited youths to pray towards him. He was an absolute delight. And now we get to see hours of him talking about hedges and organic farming and community planning? My God. I’m here for it. As for William taking over… I mean, William can’t WAIT to get his hands on all of that duchy money. My guess is that William will not be very excited about the day-to-day operations of the duchy though. He’ll hire someone to take care of all of that. 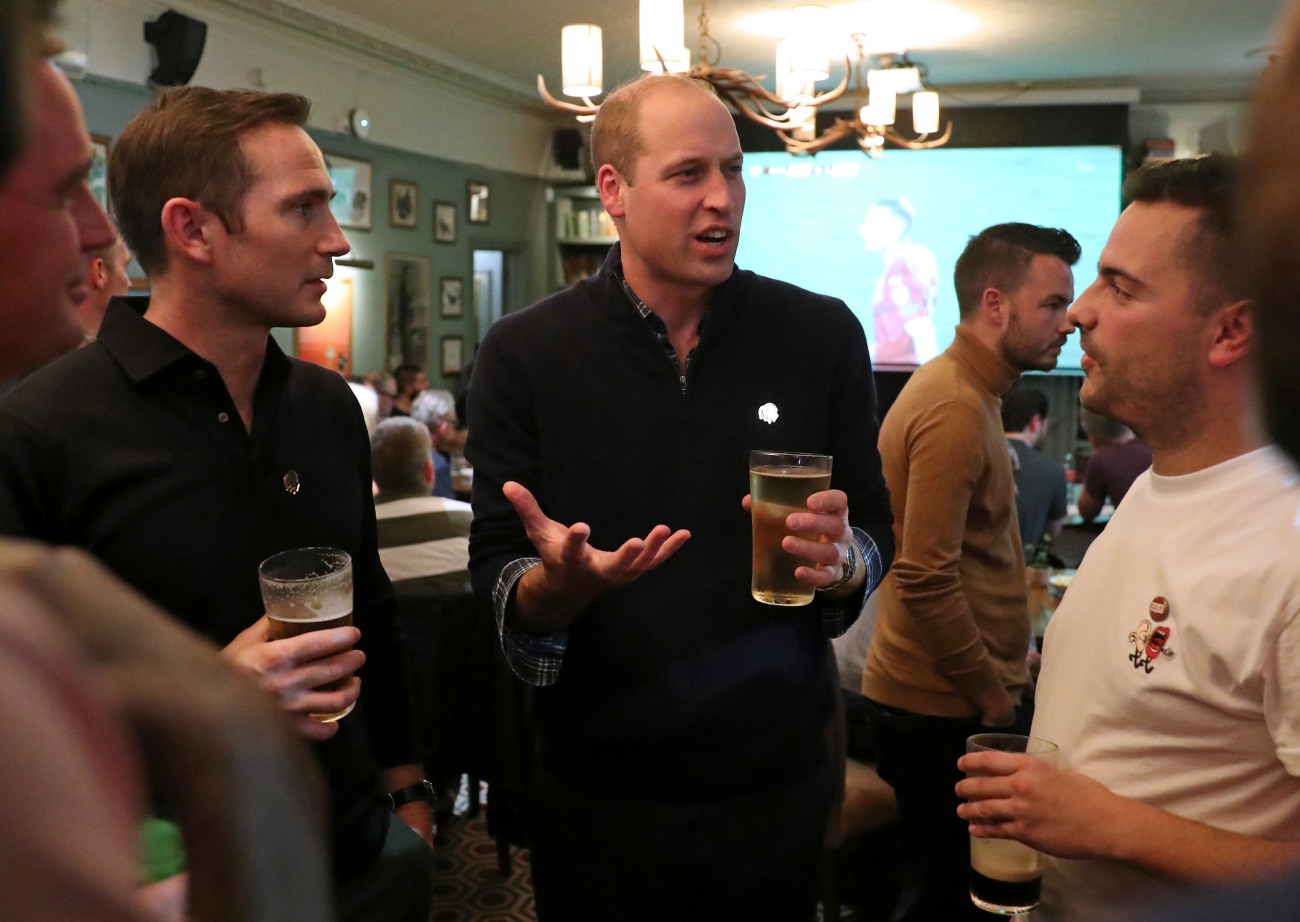 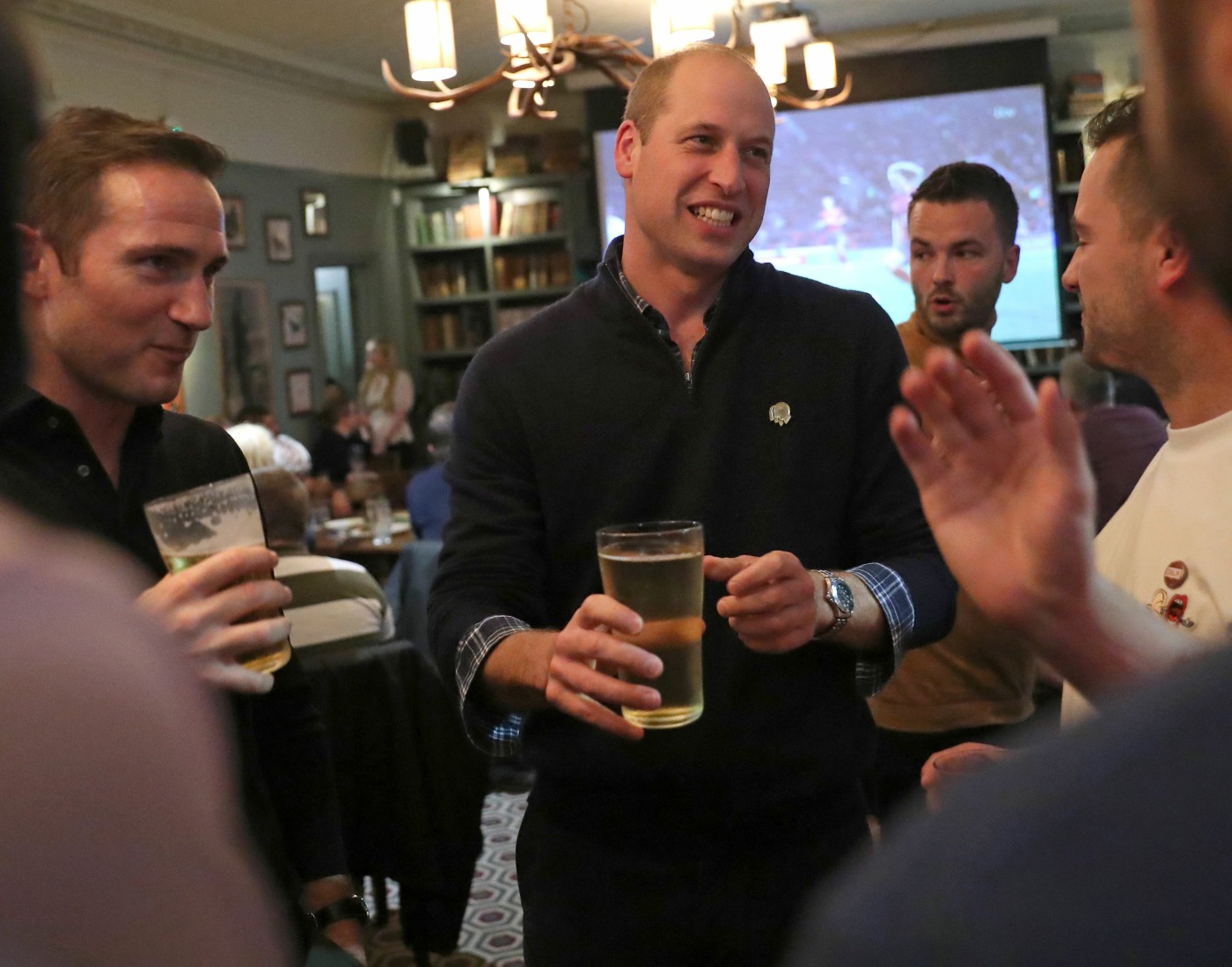