Boris Johnson asked the Queen to suspend Parliament until October 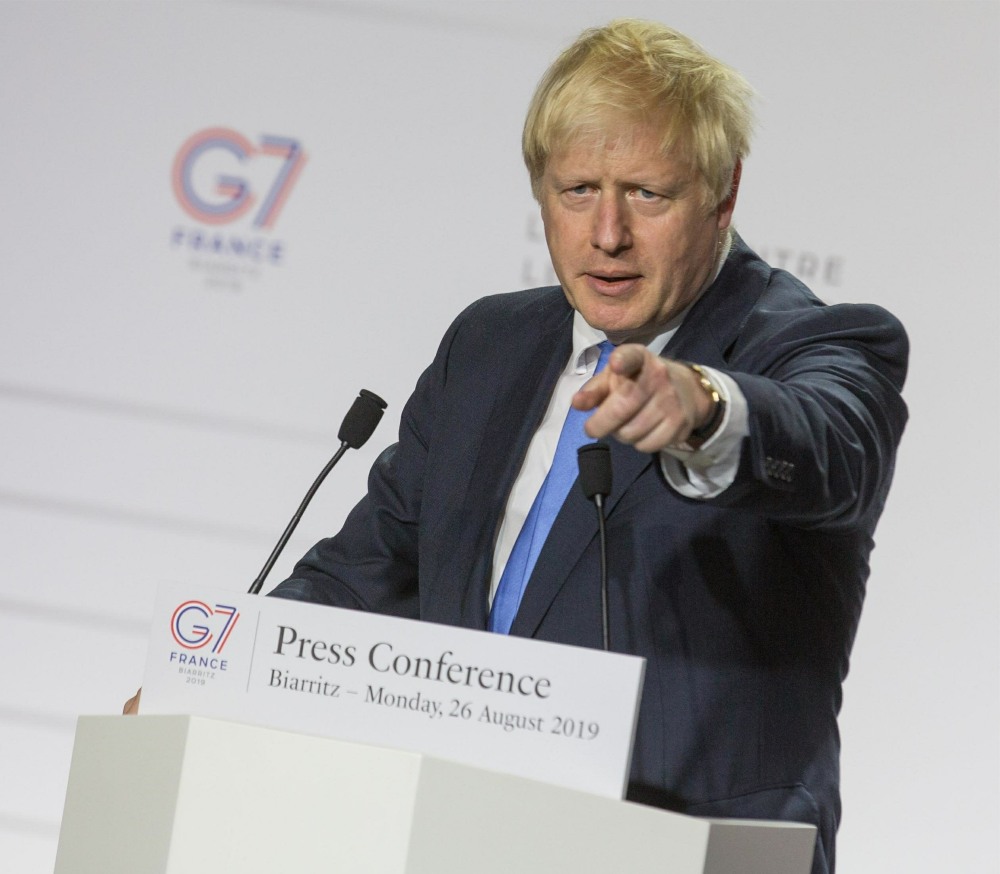 I don’t know what any of this means, but I feel a lot of sympathy for all of our British Celebitches. I’m sorry about Boris Johnson. I’m sorry that Brexit is such a multi-year catastrophe. I’m sorry that UK politics are as screwed up as American politics. And most of all, I’m sorry that Vladimir Putin is sitting in a darkened lair somewhere, smiling with glee at how “the West” continues to shoot itself in the foot, over and over again. So, what’s happening? Boris Johnson has apparently asked the Queen to suspend Parliament for, like, a month?

The government has asked the Queen to suspend Parliament just days after MPs return to work in September – and only a few weeks before the Brexit deadline. Boris Johnson said a Queen’s Speech would take place after the suspension, on 14 October, to outline his “very exciting agenda”. But it means the time MPs have to pass laws to stop a no-deal Brexit on 31 October would be cut.

House of Commons Speaker John Bercow said it was a “constitutional outrage”. The speaker, who does not traditionally comment on political announcements, continued: “However it is dressed up, it is blindingly obvious that the purpose of [suspending Parliament] now would be to stop [MPs] debating Brexit and performing its duty in shaping a course for the country.” It would be “an offence against the democratic process and the rights of Parliamentarians as the people’s elected representatives”, he added.

Labour leader Jeremy Corbyn said he was “appalled at the recklessness of Johnson’s government, which talks about sovereignty and yet is seeking to suspend Parliament to avoid scrutiny of its plans for a reckless no-deal Brexit”. He added: “This is an outrage and a threat to our democracy.”

The PM, though, said suggestions the suspension was motivated by a desire to force through a no deal were “completely untrue”. He said he did not want to wait until after Brexit “before getting on with our plans to take this country forward”, and insisted there would still be “ample time” for MPs to debate the UK’s departure.

“We need new legislation. We’ve got to be bringing forward new and important bills and that’s why we are going to have a Queen’s Speech,” he added.

On one side, this is obviously a naked power grab and an attempt to shut down criticism and debate about Boris Johnson’s Brexit plans and all of his political agenda. On the other side… like, haven’t all of the MPs debated Brexit enough? Is there still new stuff to say? Isn’t it going to be a sh-tshow no matter what, and it’s just a matter of degrees? Isn’t that the Brexit realpolitik? I don’t know, clearly, what is even happening. Obviously, shutting down the government and stifling speech will never be the best options. And the Queen is in the middle of it, and all Her Maj wanted to do was spend the summer trying to shield her favorite son from the Jeffrey Epstein revelations.

This feels like the constitutional crisis we’ve been expecting: PM saying he has to suspend parliament, Speaker replying it’ll happen over his dead body. The Queen is now in the hideous position of being the rope in tug of war between PM and MPs, between executive and legislature pic.twitter.com/l6yMkJtbio