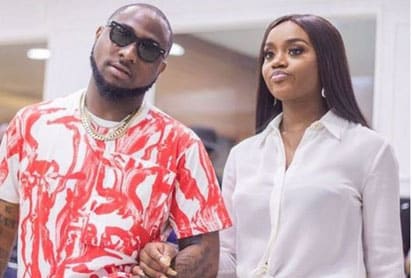 Davido Adeleke aka Davido’s girlfriend, Chioma Avril has taken her first step towards becoming a pop star with a feature on track 3 of Davido’s upcoming album.

Davido made it known on his Instagram story yesterday and his remark about Chioma’s impact on the album is excellent, he says she killed it.

The superstar musician who has been working on his album for over a year wrote, “My baby on track 3 of the album, @thechefchi. She kill am die.”

A release date for the album hasn’t been announced yet. However, according to sources close to the singer, the album is expected to drop in September as there are just 3 songs remaining to be recorded before it’s finally “go-time.” 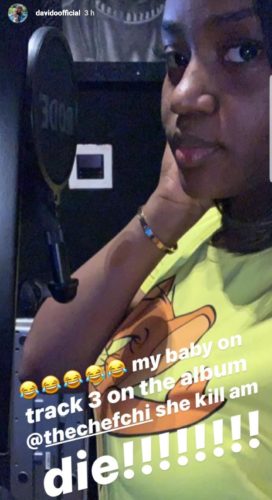