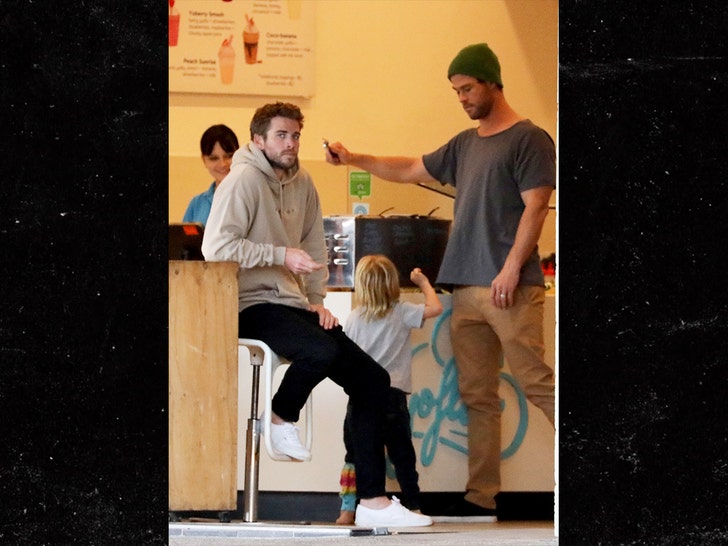 Liam Hemsworth’s looking as devastated as you’d expect, and even his nieces, nephews and big bro Chris are struggling to lift his spirits. Liam, Chris and Chris’ 3 kids hit up a frozen yogurt shop Monday in Australia ... and it’s obvious Liam’s hurting, fresh off his split from Miley Cyrus. Chris, who turned 36 on Sunday, and his kids-- 7-year-old India and 5-year-old twins Tristan and Sasha -- entertained themselves while waiting for their treat. They obviously couldn’t do the same for Uncle Liam. 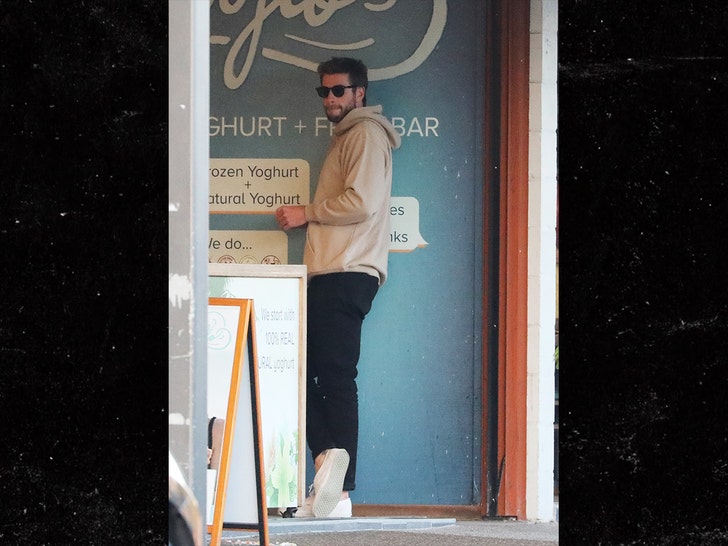 His only expression was somber... after he and Miley shockingly split just 7 months into their marriage. While he’s hanging with Chris, Miley kept herself busy over the weekend.

As we reported ... Miley and Brody Jenner’s ex,Kaitlynn Carter, were spotted canoodling poolside in Italy. The longtime friends weren’t shy about expressing their affection -- hugging, kissing and holding hands while they soaked up the sun.

Brody’s reaction was to joke pics of him and Liam holding hands are coming soon, which quickly drew Miley’s ire. She fired back with amic drop of her own.

As we first reported, Brody and Kaitlynnbroke upa little over a week ago because sources say he wouldn’t budge on legally marrying her and having a baby. As for Miley and Liam’s split, we’re told there’s nothing dramatic, they just grew apart after a decade together.