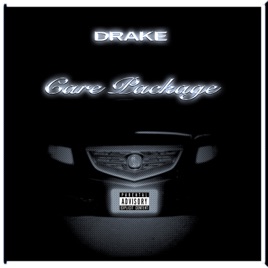 Just hours before the arrival of Care Package, Drake announced the 17-track compilation on Instagram as “some of our most important moments together available in one place.” Call it curious that one of the most impactful artists of the era can hold in such high regard a collection of songs that largely were never officially released, but such is the incredibly bountiful catalog of Drake, where even tracks that didn’t make the cut hold a special place in the hearts of his supporters.

The strays that make up Care Package span the 10 years of his stardom. The earliest inclusion, 2010’s “Paris Morton Music,” came to us via the OVO blog, while others, like 2015’s “Can I,” were loosed through more dubious channels ahead of their planned roll outs. He raps over a sample of Jai Paul’s “BTSTU” on 2011’s “Dreams Money Can Buy,” and has included album bonus cuts like “My Side,” a song once attached to 2015’s If You’re Reading This It’s Too Late. For the most part, Care Package is composed of songs Drake fanatics have long enjoyed and sought out, making for a listening experience that plays out like an alternate-universe greatest hits. That universe, however, is the one Drake created, and then nourished, both in and out of proper album cycles. Those same fans may question why certain tracks were left behind, but they’ll never have to wonder whether or not he cares.

#BBNaija S6: I made my first million as a teen – Arin

Big Brother Naija Shine Ya Eye housemate, Arin, has revealed that she made her first million as a teenager.In her conversation with Boma, monitored by our correspondent, Arin…

Fear of dental procedures is a real and common experience among a majority of people. To help patients mitigate the impact and tension that can arise with dental…

I don’t know what the Olympic coverage has been like in other countries, but here in America, there has been so much focus on Simone Biles and mental…