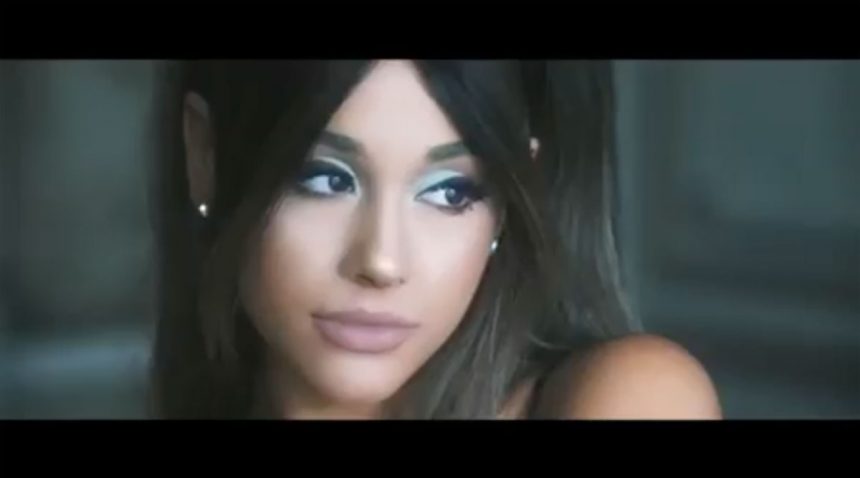 On August 2, the thank u, next singer dropped her new song and music video — Boyfriend — featuring pop duo Social House. The video sees Grande going public with her rumored boyfriend, one half of Social House.

Last month, Grande released a statement after a photographer she worked with in the past was accused of misconduct.

According to alleged direct messages, the artist — who has also worked with celebs such as Kim Kardashian West and Kanye West — would only shoot Sunnaya for free IF she sent him nude photographs of herself beforehand.

After the model refused to send naked pics, Hyde was allegedly going to charge her $2000 for a session.

Once Sunnaya’s friends and followers backed her up by reposting the alleged exchange, Marcus told one of them to “suck a fat big d**k.”

Per the fashion page:

“Gross @marcushyde . @kimkardashian @arianagrande , come get your boy and teach him some decency. Last night, Los Angeles model and interior design student @sunnnayareplied to the celebrity photographer’s Instagram story seeking models for a shoot. What transpired in their DM was nothing short of the typical predatory douchebaggery you’d expect via shady Instagram ‘castings’ by slimy dudes. With her followers backing her up and sharing her post, Hyde had a simple reply: ‘suck a fat big dick’. That’s sure to get you points with the ladies, Marcus.’”

After the story went viral, Ariana reportedly unfollowed Marcus, and went on IG story to warn her followers to “not shoot with photographers who make you feel uncomfortable.”

“dear models/artists in LA/anywhere, I have just read some shocking and really heartbreaking stories. I hate that this is a conversation. but. please do not shoot with photographers who make you uncomfortable or make you feel like you need to take your clothing off if you don’t want to. if you want to, sick. but if you don’t, please don’t. if they tell you you have to pay more money if you’re clothed that’s f**ked and I’m sorry that has happened to you. I promise there are so many respectful, nice, talented photographers out there.”

“I hate hearing about things like this. I am sorry that that was anybody’s experience and know that it doesn’t have to be. look out for one another. tag your friends on posts of other photographers who’s work you like and have had positive experiences with and help each other get connected. love working with you guys so much @alfredoflores @allthingsmean @photokohli”