Barcelona to face Chelsea and Iniesta’s Kobe in Japan 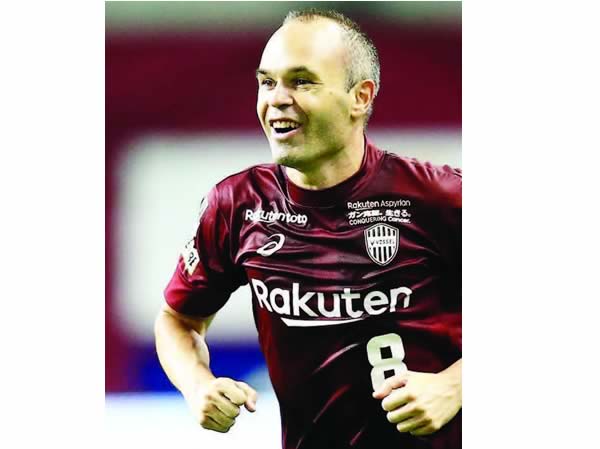 The runaway La Liga leaders take on English side Chelsea in Saitama on July 23 and on July 27 face Kobe, the club Barca legend Iniesta joined last year after helping the Catalans scoop 32 trophies in a glittering career.

“It’s wonderful that we can play Barcelona at our stadium,” said Iniesta, who joined Kobe last May for a reported $30 million a year and plays alongside former Barca and Spain team mate David Villa.

“I want this match to bring out the best of us.”

Barcelona, who in midweek booked their place in the semi-finals of the European Champions League, have not played in Japan since they beat Argentina’s River Plate 3-0 in the 2015 Club World Cup final at Yokohama.

Chelsea, beaten finalists at the 2012 Club World Cup in Japan, are also scheduled to play J-League side Kawasaki Frontale on July 19 as part of their pre-season plans.