Travis Scott Sets Record As He Makes $1.7 Million At Sold Out Show In L.A 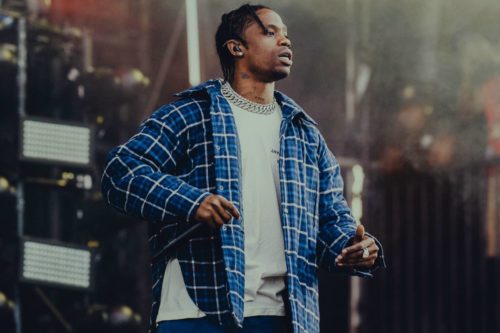 Travis Scot “Astroworld” continues to soar the rapper into new heights of stardom after his February 8 concert at the Forum in Los Angeles broke records.

TMZ reports that Scott was able to sell more than 16,300 tickets, making $1.7 million for one show.

This success follows his December 19 and 20 dates that were also packed houses. Scott is now one of an elite few who have had repeated sold out shows at the Forum in a 12-month period, including Garth Brooks, Michael Jackson, Lady Gaga, Sting, The Grateful Dead, Janet Jackson, and Juan Gabriel.

Bringing in almost $2 million in one night isn’t anything that comes easy, and the young rapper recently was interviewed by Nas for Playboy magazine where he talked about the differences between the legendary rapper’s generation and his own.

“We came up on iphones, you know what I mean? We’re at a point now where we don’t even write our raps down. We’re just going straight off the dome in the booth.

I know from people I work with, like Young Thug and Quavo, most everyone likes going in and just laying down whatever’s on their minds.”