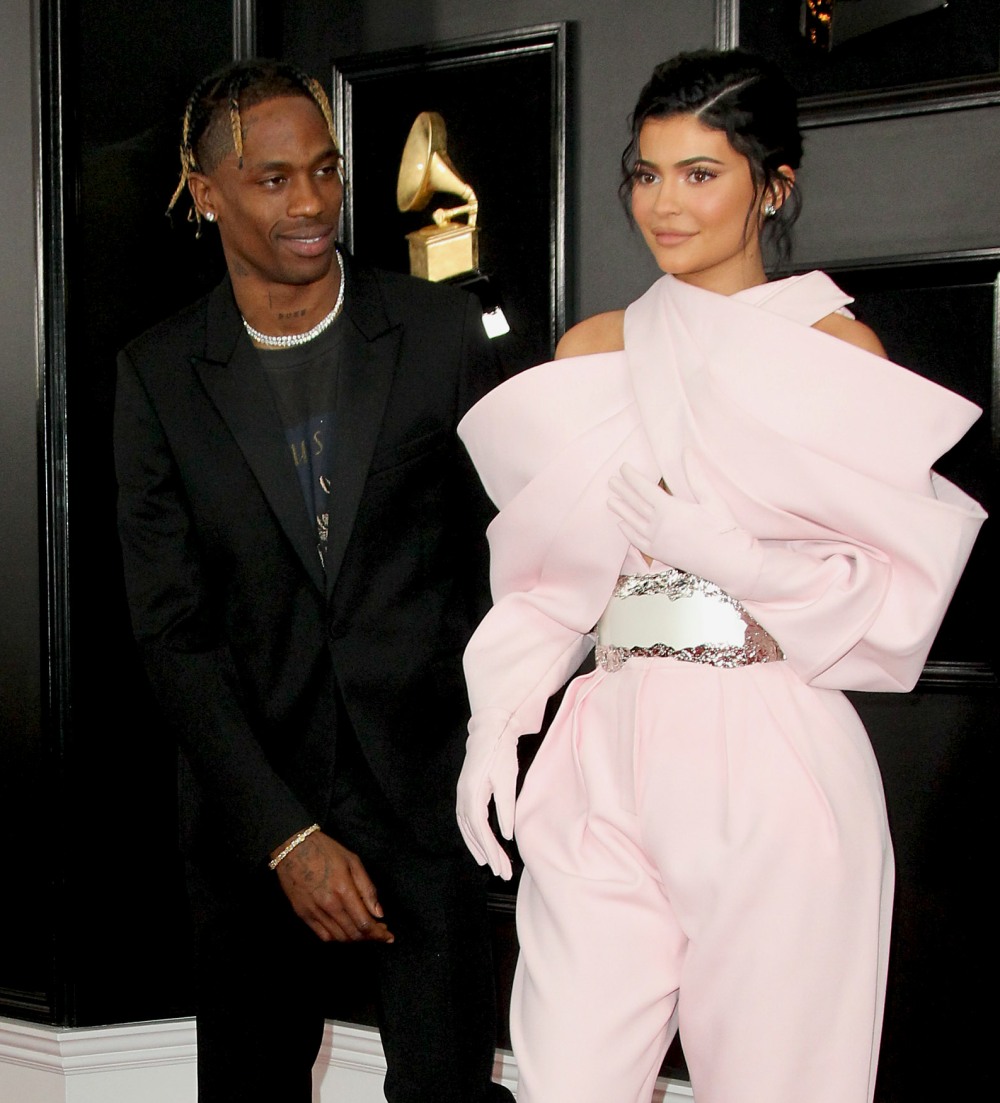 Last week, we heard that Kylie Jenner’s relationship with Travis Scott was suddenly in crisis, and that she thought he was cheating on her. Coming on the heels of the Tristan Thompson-Khloe-Jordyn Woods mess, many people thought it was just Kylie having some trust issues. Travis canceled a concert and stuck around LA to deal with the crisis and we heard over the weekend that while Kylie is “extremely pissed” at Travis, they haven’t broken up and he’s doing the most to make her happy. One way he’s trying to make her happy? He deleted his Instagram for several days, although he just reactivated it on Tuesday. So was his Instagram the root of the problem?

Ain’t a damn thing going down in Travis Scott’s DMs — he deleted his Instagram purely to prove his devotion to Kylie Jenner after she found some suspect messages. Sources familiar with the situation tell TMZ … Kylie found a number of what she deemed “overly friendly” DMs between him and several women with whom he’d been chatting. We’re told KJ saw the messages as “evidence” to accuse him of cheating.

We’re told Travis maintains the DMs didn’t amount to anything more than innocent flirting, and he didn’t act on anything. However, he decided the best way to prove his commitment to Kylie and Stormi … was to just get rid of IG. That strategy seems to have staved off a full breakup, for now, as Kylie hasn’t pulled the plug on their relationship — despite being incredibly pissed when she first found the DMs last week.

Travis has clearly been trying to make amends with his baby mama, going so far as to shout her out in concert as his “wifey.” We’re told he’s been working behind-the-scenes, as well, to make things right, and is begging for forgiveness. He doesn’t want this to torpedo their love. Our sources tell us he is flying back home more often now, even while he continues to tour. Kylie’s been keeping her distance, though, preoccupying her time with girlfriends and retail therapy … so only time will tell if she fully takes him back and can get past this.

Real question for all of the younger peeps out there: is DM-flirting widely considered cheating these days? That’s a real question. I think it’s cheating depending on the specificity of the DM content. Like, if the DMs are super-flirty and it’s clear that they’re making plans to meet up, then yes, it’s cheating or cheating-adjacent, even if they haven’t even seen each other in the flesh. But if it’s a run-of-the-mill “Instagram girls sliding into your man’s DMs and he only replies a few times,” is that cheating? In any case, I don’t think it’s a good sign that Travis has already reactivated his IG.