23, Feb 20190 Comments
A PDP chieftain in Bayelsa has raised an alarm of the hijacking and stealing of ballot boxes in his community. 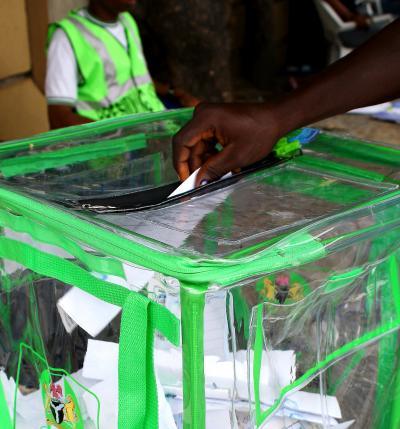 The Candidate of the PDP in the Bayelsa East Senatorial district of the State, Chief Ipigansi Izagara has raised alarm over alleged hijack of election materials in Nembe Basambiri and Okoroba areas of the state.

According to him, the shooting and hijack of materials were sponsored by the opposition party supporters and alleged that one person has been killed and five others injured.

He said the armed attack against PDP members started around 10pm on Friday with chasing out of PDP members in the area, “they have hijacked materials from our area with the assistance of soldiers ”

Also speaking, a chieftain of the PDP from Okoroba community in Nembe council, Benjamin, also alleged that in ward 11,12 and 13 of the area, the materials have been diverted with the aide of security agents.

“We have been waiting and did not see materials and ad-hoc staff from INEC. We learnt that they have been hijacked. Am at my unit 13 and no hope of voting,” he said.