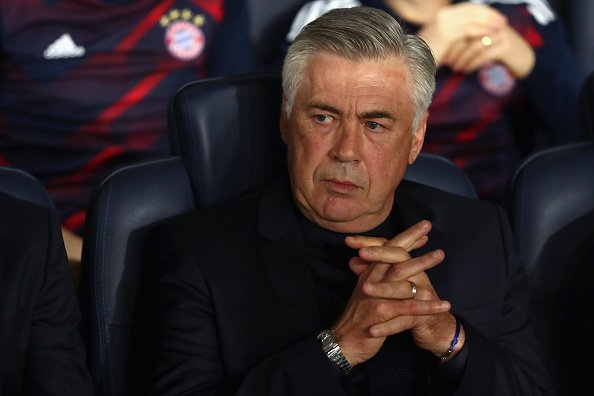 Following Wednesday"s 3-0 Champions League defeat by Paris St-Germain, Bayern Munich Football Club"s board has sacked its Italian manager, Carlo Ancelotti who replaced Pep Guardiola at the start of last season.
The club"s chief executive, Karl-Heinz Rummenigge, said; “The performance of our team since the start of the season did not meet the expectations we put on them.

Carlo Ancelotti has been sacked as manager of Bayern Munich https://t.co/qRuL1yTdQi pic.twitter.com/Tytnb1tQYU

“The game in Paris clearly showed that we had to draw consequences. [Sporting director] Hasan Salihamidzic and I had an open and serious discussion with Carlo today and informed him of our decision.
“I would like to thank Carlo for his cooperation and regret what has happened. Carlo is my friend and will remain so, but we had to make a professional decision for the benefit of FC Bayern. I now expect the team to have a positive development and absolute performance, so we can reach our goals for this season.”
58-year-old Ancelotti, helped Bayern win the Bundesliga last term, but they only reached the last eight of the Champions League and the semi-finals of the German Cup.