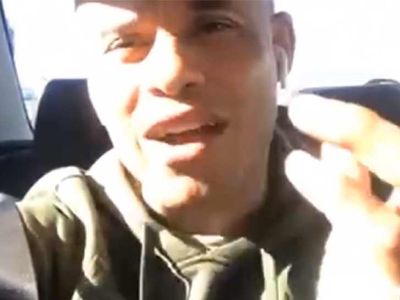 Khabib’s manager tells TMZ Sports Floyd Mayweather has been texting him CONSTANTLY ... saying the boxing legend has been "begging" for a fight with Nurmagomedov!!!"

Me and him have been texting each other for the last month," Ali Abdelaziz says ... "He’s very much begging for the fight."Of course, the potential tilt has been talked about for months -- ever since Khabib and Ali called out the boxer after beating Conor McGregor backin October.

But ... seems Floyd is getting deadly serious about putting pen to paper on a contract for the scrap -- ’cause Ali says he’s been blowing up his phone.

"If he say he did not, I’m going to put everything online. Don’t lie, Floyd! Do not lie, Floyd!"

The holdup on Ali’s end?? The money ... ’cause Abdelaziz tells us, "At the end of the day, if he want it, the fight is here. I like this fight. But, he has to come a little bit better. He knows what I’m talking about."As for if the fight does ultimately happen ... Ali tells us Floyd shouldn’t think Khabib is a layup... saying, "I think Khabib will beat his ass!!!".

Drop your comments in the comments box below!